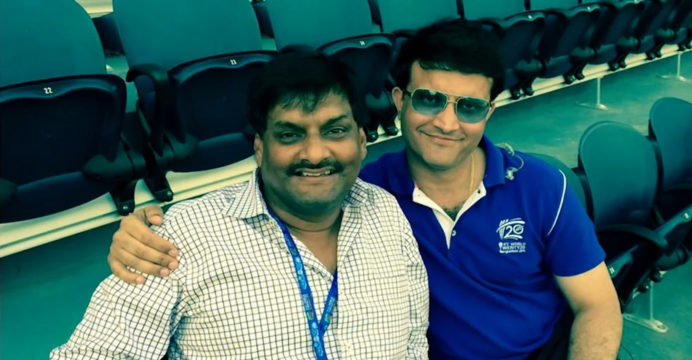 BCB director is going to be appointed on Ganguly’s recommendation!

If all the equations are right, Iftekhar Rahman Mithu, a well-known face in the cricket world, is going to be the BCB director this time. There are reports that he is going to join the board of Nazmul Hasan Papon on the recommendation of his close friend Sourav Ganguly, President of the Board of India. Although the former cricketer and present organizer have a long experience of working in domestic and international cricket.

He is one of the closest buddies of former India captain and current BCCI president Sourav Ganguly. Simply expressed, he is my grandfather’s best buddy in Bangladesh. In his autobiography, Century Is Not Enough, the Prince of Calcutta describes the individual as one of his family. That individual is Iftekhar Rahman Mithu. Former cricketer and lifelong organizer Sourav Ganguly’s friendship is quite ancient. In 1989, Sourav’s elder brother Snehashis Ganguly played in a domestic tournament in Bangladesh. It was then that Iftekhar Rahman Mithur struck a connection with Sourav Ganguly.

Mithu is going to be associated with Bangladesh Cricket Board this time. He is in the election contest from category-2 fairly strongly. This skilled organizer is coming back after a long sabbatical. There are reports that he is likely to join the board of directors of Nazmul Hasan Papon on the recommendation of Sourav Ganguly.

BCB director candidate Iftekhar Rahman Mithu said, “A good friend can only talk about a good friend.” Now Papun Bhai will be able to say well what Saurabh has spoken.

Although he has not yet formally joined the BCB, Mithu wishes to work as a director again with the ambition of contributing to the country’s cricket. And he wants to work to protect the interests of cricketers if given the opportunity. The former cricketer will also try to extract some extra advantage from Sourav for the BCB by seeking friendship.