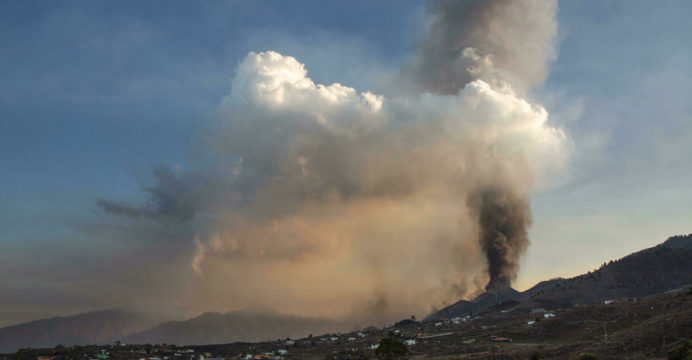 Authorities stated that dense black ash clouds from volcanic eruptions in Spain’s Canaries archipelago prompted the closing of the airport on the island of La Palma on Saturday.

The Cumbre Vieja volcano erupted a week ago, spewing lava and ash periodically, forcing the cancellation of all seven flights on Friday.

The airport is closed due to ash deposition, according to Aena, the state-owned airport operator.
“Clean-up operations have begun but the situation can change at any moment,” it added.

More evacuations were required in El Paso on Friday as the volcano continued to erupt with massive explosions and new openings.

“Due to the elevated risk to the population as a result of the current eruptive activity,” the regional authority stated, “a mandatory evacuation order has been issued for many areas.”

More than 6,200 individuals have been forced to from their homes as a result of this, including 400 visitors.