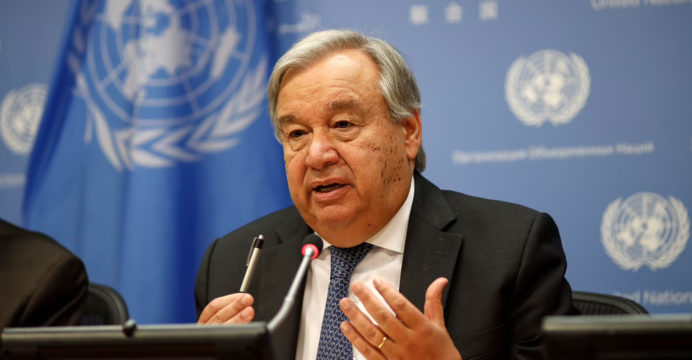 “The war on our planet must end,” the Secretary-General said at a UN meeting in New York. “Food systems can help us establish that peace.”

Food systems, according to Guterres, “can and must play a leadership role” in achieving the United Nations’ sustainable development objectives by 2030.

Ending poverty, conserving ecosystems, and promoting waste-free consumption and manufacturing habits are among the objectives.

On the fringes of the UN General Assembly’s high-level conference, Guterres told delegates at the food systems summit that the world needs “nature-based solutions.”

Food systems currently account for one-third of all greenhouse gas emissions, according to him.

“It is possible to feed a growing global population while also safeguarding our environment,” he said.

“It takes sustainable consumption and production methods and nature-based solutions. It takes the smart, sustainable management of natural resources — from farms to fisheries,” Guterres added. 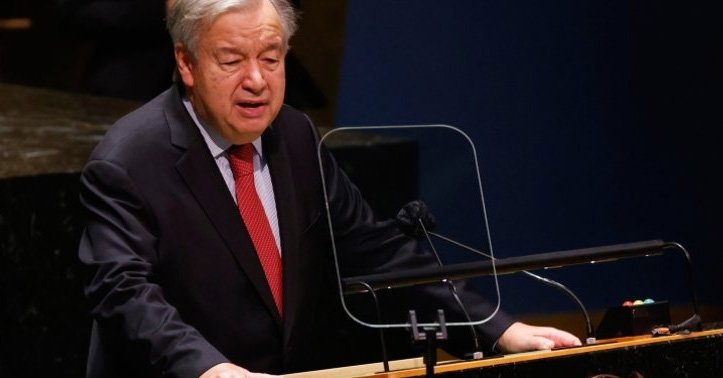 The US responded to Guterres’ plea by announcing a multi-year investment of more than $10 billion to encourage food system change.

The international community is “waging a war against nature — and reaping the cruel harvest,” according to the world’s top diplomat.

Guterres went on to say that the world has to invest in early-warning famine prevention systems and “ramp up” emergency food and nutrition services in places affected by conflict or climatic calamities.

He reminded delegates that about a third of all food produced is lost or wasted and that improving food systems can help the world recover after the pandemic.

Guterres urged countries and businesses to collaborate to improve access to healthy diets, noting the fact that nutritious food is “frequently too expensive or inaccessible.”