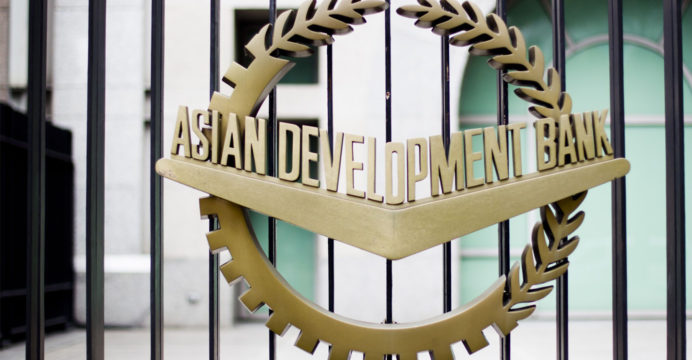 According to an update to its main economic book, Asian Development Outlook (ADO) 2021, the ADB expects growth of 7.1 percent this year. In April, the forecast was for 7.3 percent growth. The growth forecast for 2022 has been raised from 5.3 percent to 5.4 percent. New COVID-19 variations, local outbreaks that have resurfaced, the reintroduction of various levels of restrictions and lockdowns, and slow and unequal vaccine rollouts are all weighing on the region’s prospects.

“As new varieties trigger outbreaks, developing Asia remains vulnerable to the COVID-19 pandemic, resulting in further restrictions on migration in several economies,” stated ADB Acting Chief Economist Joseph Zveglich, Jr. “Policy measures should not only focus on containment and vaccination, but also on providing ongoing support to businesses and people, as well as reorienting economic sectors to adapt to a ‘new normal’ once the epidemic has passed to kickstart the recovery.”

Since the Delta strain of the virus surfaced in April, there have been 19 new cases throughout developing Asia. In May, the number of new cases each day reached a high of 430,000. On August 31, there were about 163,000 new cases every day. Meanwhile, in developing Asia, immunization development is uneven and lags behind that of advanced economies. As of August 31, 2021, 28.7% of the population in the region has received all vaccines, compared to 51.8 percent in the United States and 58.0 percent in the European Union.

Within the region, the recovery route is still unequal. As a result of a jump in global demand, East Asia’s GDP prediction for this year has been revised to 7.6 percent from 7.4 percent in April. The growth forecast for East Asia in 2022 remains steady at 5.1 percent. The People’s Republic of China, the region’s largest economy, is expected to grow at 8.1 percent in 2021 and 5.5 percent in 2022, according to forecasts.

The forecast for Central Asian economies this year has been lifted to 4.1 percent from 3.4 percent in April, owing to better prospects in Armenia, Azerbaijan, Georgia, Kazakhstan, and Uzbekistan. The subregion’s growth forecast for 2022 has risen to 4.2 percent from 4.0 percent. 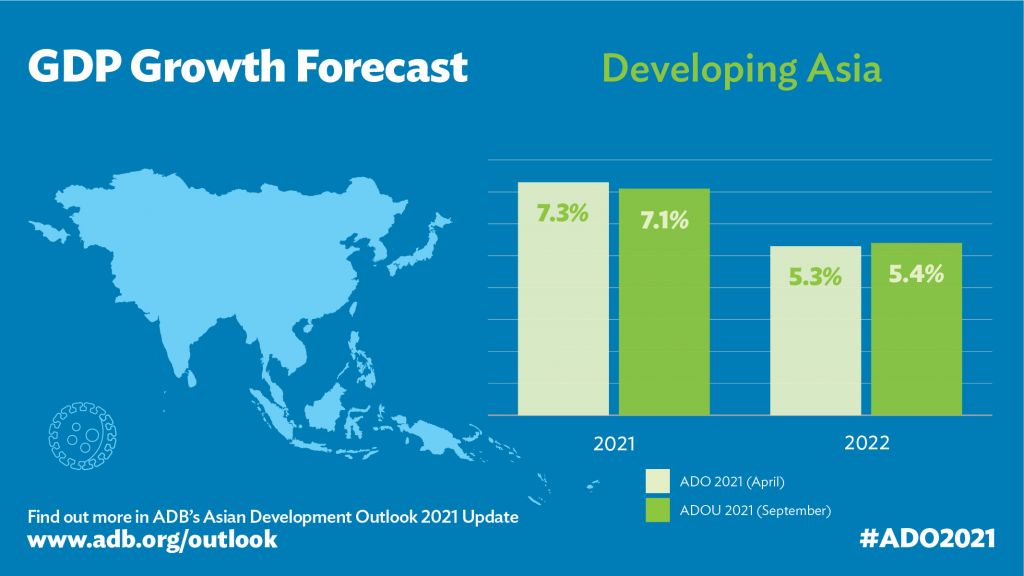 As economies in these subregions battle with new virus varieties, continuing lockdowns and restrictions, and tardy vaccination rollouts, estimates for Southeast Asia and the Pacific have also been revised downward. Southeast Asia’s growth expectations for 2021 and 2022 have been trimmed from 4.4 percent and 5.1 percent in April to 3.1 percent and 5.0 percent, respectively. The Pacific economy is expected to decrease 0.6 percent this year, down from 1.4 percent growth forecast in April, before growing 4.8 percent in 2022.

Inflation in emerging Asia is predicted to be under control this year, at 2.2 percent, and 2.7 percent in 2022. Higher worldwide commodity and food costs may spark inflation in certain of the region’s economies.

The Asian Development Bank is dedicated to establishing a prosperous, inclusive, resilient, and sustainable Asia and the Pacific while continuing to fight extreme poverty. It was founded in 1966 and is owned by 68 members, 49 of them are from the region.