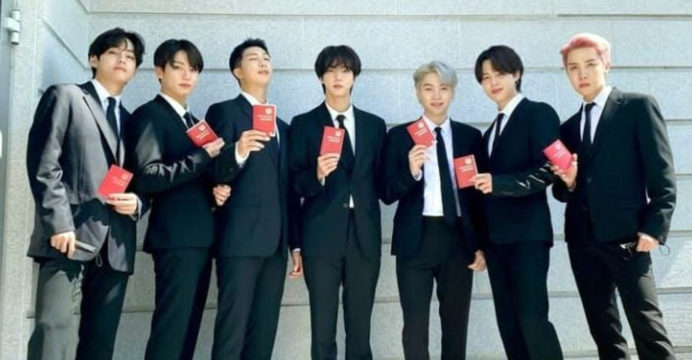 K-pop sensation BTS have been granted diplomatic passports ahead of the United Nations General Assembly as they embark on their new roles as presidential special envoys, South Korea’s presidential office said.

The trailblazing septet has reached global superstardom, with their single “Dynamite” entering the Billboard Hot 100 at number one last year, making them the first South Korean act to top the US chart.

They are credited with generating billions for the South Korean economy, and last year their label HYBE made a high-profile stock market debut.

Now Seoul is looking to capitalize on the soft power they represent, with President Moon Jae-in appointing them as his special envoys for future generations and culture.

“It is a great honor to receive this title,” BTS leader RM said at a Blue House ceremony Tuesday to present them with their red-covered diplomatic passports — ordinary South Korean passports are green.

Moon told the members that many foreign leaders he meets break the ice by talking about them. 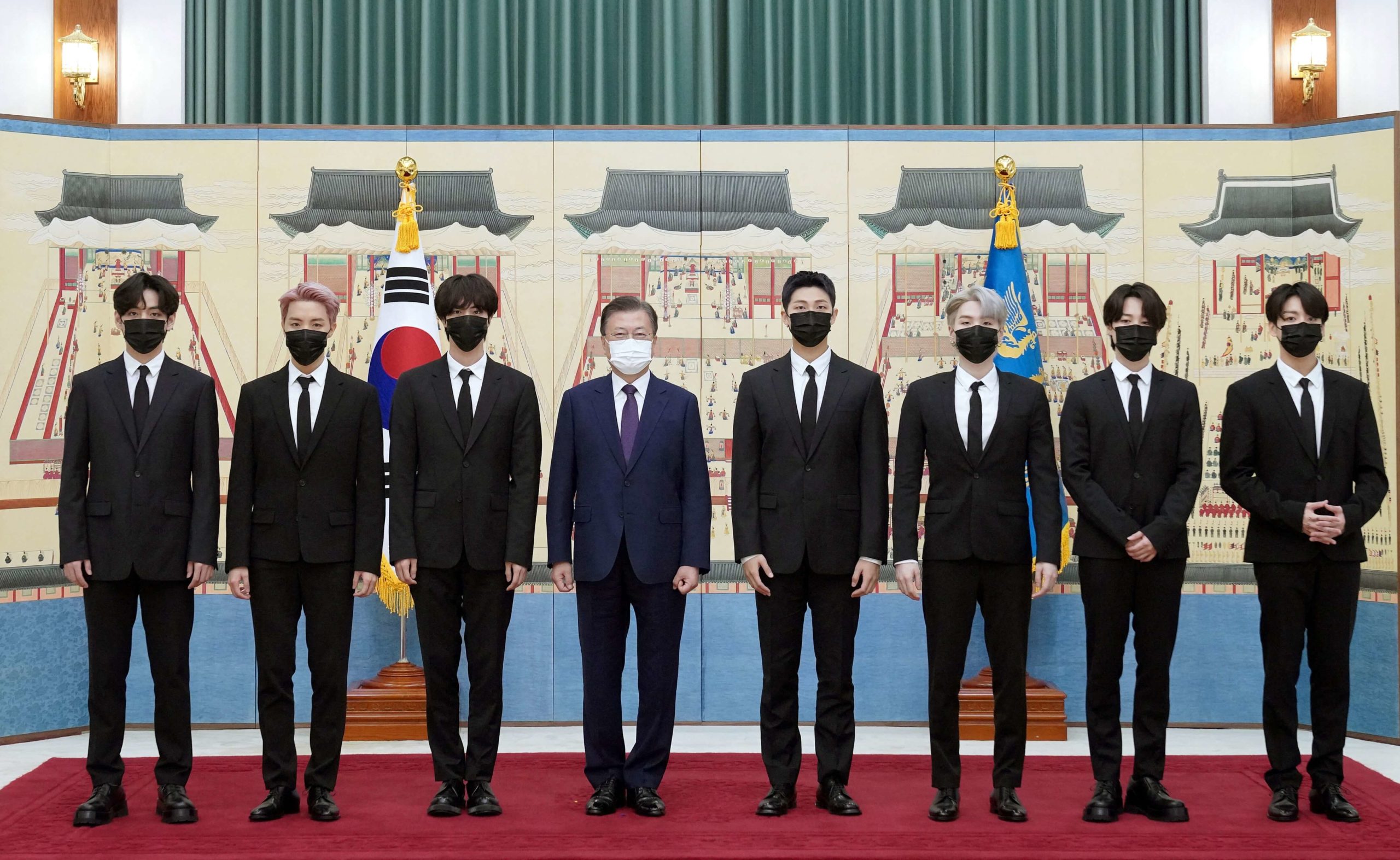 While on official business, they will enjoy privileges such as diplomatic immunity and exemption from airport inspections.

As special envoys, the group will deliver a speech during the Sustainable Development Goals Moment on Monday, ahead of the UN General Assembly, and a performance video will be played.

RM previously delivered an English-language speech on self-empowerment entitled “Speak Yourself” to the UNGA in 2018.

Many reacted positively to BTS’ new role, noting their impact on the South’s international standing.