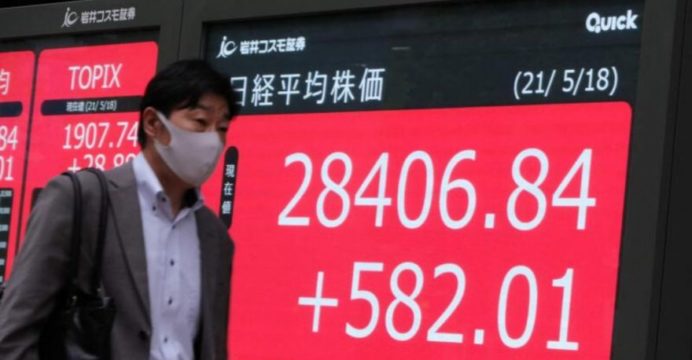 Tokyo stocks opened higher on Thursday as investors took heart from a Wall Street rebound, with hopes for stimulus under the next government in Japan continuing to support the market.

“A day before campaigning begins in the (ruling) Liberal Democratic Party’s leadership election, hopes are staying high for (economic stimulus) policy under a new government,” he said.

The continued decline in coronavirus cases in Japan is also helping to boost the market, he added.

In Tokyo, Toyota was up 0.75 percent at 9,950 yen after a report said it plans to increase inventory of semiconductors.

Nissan was 0.28 percent higher at 574 yen after the same report said the carmaker is also mulling a similar move.

Japan booked a trade deficit of 635.4 billion yen ($5.8 billion) in August against market expectations of a 2.9 billion yen surplus, according to finance ministry data released before the opening bell.

The figure was the result of rising imports that overwhelmed an increase in exports, but the data did not prompt strong market reaction.