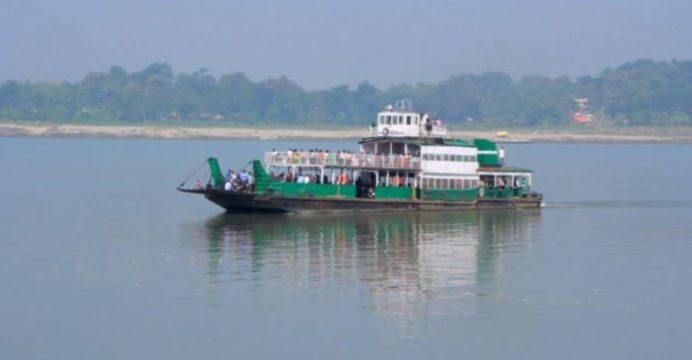 Expressing profound grief over the demise of a college teacher (Parimita Das, a resident of Kahilipara in the city), who drowned following the boat accident on mighty river Brahmaputra near Nimatighat in Jorhat on Wednesday, All Assam Engineer’s Association (AAEA) bats for a complete revamping of the State’s water transport services.

Assam government has already suspended three officials of the inland water transport (IWT) department following the incident of boat capsizing and instituted a high-level probe into it. The mishap occurred when a government ferry collided with a privately operated machine-boat in the afternoon hours. The NDRF and SDRF personnel rescued the lives of over 100 passengers even though some continued to be missing.

The forum of graduate engineers, in a media statement, argues that the Nimatighat boat capsizing was an example of complete failure in the traffic management where the authorised IWT officials avoided their call (to decide) on time. There are wild allegations about the practices of some officials to allow private boats to operate on prime time instead of the department run ferries for personal gains.

The department could have increased the number of ramps at the site according the demand of daily passengers on Nimatighat-Majui water rout, it commented adding that the department now should consider erecting separate ramps for departure and arrival of vessels in all riverine locations across the State.

Narrating the operational mode of machine boats, the forum pointed out that unlike a motor vehicle, those vessels have no braking devices, as the propellers used in those botas move in one direction only to produce the forward thrust. So, it is always a difficult task for the rider to suddenly stop a machine boat (also turn into a particular direction), while sailing on water and thus the driver’s skill and experience become very important.

On the other hand, a mechanised ferryboat has the arrangement to move its propeller in the opposite direction (to produce the effect of a brake). Lately State chief minister Himanta Biswa Sarma has also spoken about using marine engines (with the provision to move the propeller in opposite direction) for the boats with announcement of government subsidies for upgrading the plying machine-boats on various routes, which is a welcomed move, stated the forum.

“We believe the revamped IWT department should be entrusted the responsibility to technically supervise the private boats and also their services as its undertakings. All the vessels plying on Brahmaputra should be mechanised efficiently considering the erratic water flow of the river,” said the statement endorsed by AAEA president Er Kailash Sarma, working president Er Nava J. Thakuria and secretary Er Inamul Hye.

AAEA finally appeals to passengers to demand life jackets compulsorily from the operators and check the availability of sufficient number of life-saving buoys (designed to be thrown to a person in water to provide buoyancy and prevent drowning) while boarding on ferryboats for their own safety. Moreover, the forum added, passengers should be offered tickets before the journey and the ongoing system of providing tickets in the middle of it must be stopped.