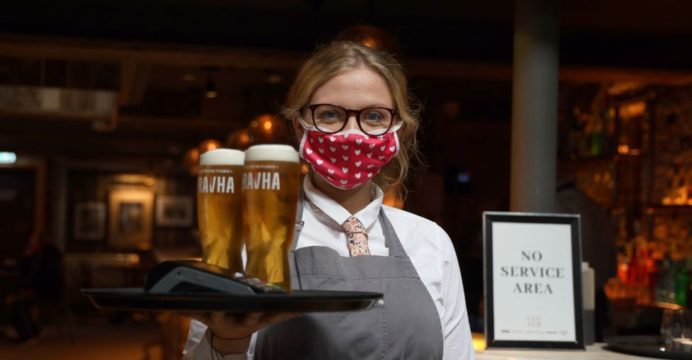 Job vacancies have hit a record high as the economic recovery continues, according to official figures. The number of vacancies in the three months to August rose above one million for the first time since records began in 2001.

Figures also showed employee numbers were back at pre-Covid levels in August, the Office for National Statistics (ONS) said.

Business groups said, however, despite the return of staffing levels to pre-pandemic rates there remained high demand for more staff, and there was a risk labour shortages would dampen growth.

The ONS deputy statistician, Jonathan Athow, said: “Early estimates from payroll data suggest that in August the total number of employees is around the same level as before the pandemic, though our surveys show well over a million are still on furlough.”

But Mr Athow pointed out that the recovery was not even, with areas such as London and sectors like hospitality and the arts still down.

The ONS also cautioned that young people had been badly affected by job losses.

“The overall employment rate continues to recover, particularly among groups such as young workers who were hard hit at the outset of the pandemic, while unemployment has fallen,” he said.

Overall, the unemployment rate fell from 4.7% to 4.6% in the three months to July.

“With Brexit and Covid-19 driving a more deep-seated decline in labour supply, the end of furlough is unlikely to be a silver bullet to the ongoing shortages,” he said.

“These recruitment difficulties are likely to dampen the recovery by limiting firms’ ability to fulfil orders and meet customer demand.”

The food and accommodation sectors saw the biggest jump in the number of jobs available in August, increasing by 57,600.

Some companies in the food industry, which has already seen a shortage of fruit pickers and lorry drivers, have been unable to provide normal service recently.

Supermarket bosses have also warned that it is vital to fix the labour shortage problems before key trading over the Christmas period.

Dairy giant Arla, meanwhile, has also had to cut back on milk deliveries to supermarkets because of the driver shortages.

And Yael Selfin, chief economist at KPMG, warned that there could be more pain to come.

“While the pressure should ease as more people look to return to work and the furlough scheme ends, the UK labour market is set to remain choppy with vacancies taking time to fill due to skills shortages and reduced availability of overseas workers,” she said.

Neil Carberry, chief executive of the Recruitment and Employment Confederation said there was a number of things the government could do “to solve this crisis”.

“Government must work with business to improve training opportunities for workers to transition into the most crucial sectors, and allow some flexibility in the immigration system at this time of need,” he said.

He added that firms must think about how they will retain staff beyond increasing salaries or offering sign-on bonuses, through improving working conditions, for example.

But Chancellor Rishi Sunak praised the new figures on Tuesday: “Today’s statistics show that our plan for jobs is working.

“As we continue to recover from the pandemic, our focus remains on creating opportunities and supporting people’s jobs,” he said.

The figures come as the furlough scheme, which was introduced by the government at the start of the pandemic to stop people being laid off, starts to wind down.

In July, employers were required to start paying 10% of salaries – with the government’s contribution falling to 70%.

The government initially paid 80% of the wages of people who couldn’t work, or whose employers could no longer afford to pay them – up to a monthly limit of £2,500.