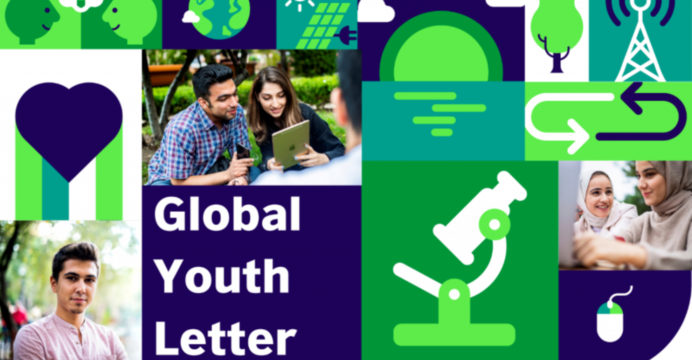 Young people around the world unanimously consider climate change to be the biggest threat facing the planet but many struggle to engage in meaningful action and have their voices heard, a British Council report published on 9 September, revealed.

The Global Youth Letter Report used a mixed methodology approach including crowdsourcing to garner the views, experiences and aspirations of 8,000 young people aged 18-35 across 23 countries, including UK and Bangladesh –about their perspectives on climate change. It found a strong, unanimous voice of young people on climate change across all 23 countries. This research is part of the British Council’s Climate Connection programme. Research for the report was carried out between January and March 2021.

25 per cent of the young people surveyed came from rural areas, which can be harder to reach, and 75 per cent from urban areas. 55 per cent of respondents were female. The report also heard from traditionally overlooked groups such as young people with disabilities, and those belonging to minority groups and indigenous communities. 67 per cent of young people felt that their country leaders could not address climate change on their own.

They raised concerns that the voices of women and minority groups were not reflected in current climate change policy. The report found a consistent call for young people to be included in policy decisions. Young people felt that their involvement would ensure more innovative ideas for tackling climate change and would have a wider, more effective reach. The findings emphasised a clear need for policymakers to channel the passion and enthusiasm of young people in more practical and structured ways.

The report found that whilst young people are willing and keen to make meaningful contributions, many lack the opportunities to do so. 75 per cent of young people reported that they had the skills to deal with climate issues in their communities and 63 per cent said that they knew about the UN Climate Change Conference of the Parties (COP26).

However, 69 per cent said they had never participated in climate change action. Some of the barriers to youth participation in climate action include limited digital access, hierarchical social cultures that exclude young people, and a lack of access to training and skills development. The report also highlighted the role and potential of digital channels as a tool for young people to tackle climate change, although acknowledged that the ‘digital divide’ that sees some people excluded from accessing the internet must be taken into consideration.

Young people unanimously viewed social media as an important platform to share messages about climate change with their peers, countering disinformation and influencing those around them. For young people in remote areas without internet access, television and radio can provide them with information about climate change instead. The findings from the report have been used to write a Global Youth Letter, a plan of action setting out young people’s aspirations and recommendations around climate change. The letter directly addresses the policymakers and world leaders who will attend the UN Climate Change Conference of the Parties (COP26) in November.

Young people are encouraged to sign the letter and pledge to tackle climate change, adding their own recommendations to be considered. The letter can be signed here: www.britishcouncil.org/climate-connection/get-involved/global-youth-letter

Kate Ewart-Biggs, British Council Deputy Chief Executive, said: “Our report reveals the untapped potential of young people around the world to contribute towards action on climate change. Young people are the leaders and influencers of tomorrow and it’s essential that we provide opportunities for their voices to reach government leaders and involve them in the policy decisions that will impact their futures. Through the British Council’s Climate Connection campaign, we are drawing on our expertise in education, the arts, cultural exchange, and the English language to help young people find innovative solutions to the biggest global emergency we face.”

The UK will host COP26 in Glasgow, Scotland, from 1 to 12 November. The British Council is supporting the UK government’s ambition for COP26 to be the most inclusive ever by using its global networks to inspire millions of people around the world to take action against climate change.