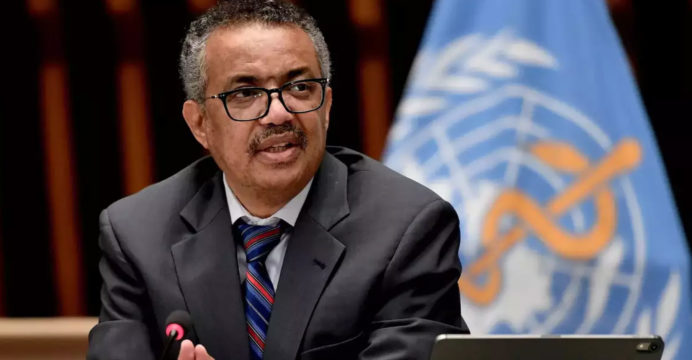 The World Health Organization has urged governments to hold off on giving out any Covid vaccines until the end of the year, citing the millions of people who have yet to receive a single dose.

On Wednesday, WHO Director-General Tedros Adhanom Ghebreyesus told journalists, “I will not remain silent when the firms and countries that control the worldwide supply of vaccines believe the world’s poor should be content with leftovers.”

Tedros, speaking from the WHO’s Geneva headquarters, encouraged affluent countries and vaccine manufacturers to prioritize the first vaccinations for health professionals and vulnerable populations in poorer countries above booster shots.

Last month, the World Health Organization (WHO) asked for a halt on Covid-19 vaccine booster doses until the end of September to address the huge disparities in dose distribution between rich and poor countries.

Tedros, on the other hand, admitted on Wednesday that there had “Since then, there has been little change in the worldwide situation.

“Today, I’m advocating for the moratorium to be extended until at least the end of the year,” he stated.

He said that high-income countries had pledged to contribute more than one billion vaccine doses to developing countries — “However, only around 15% of those doses have been delivered.

He stated, “We don’t want any more promises.” “All we want are the immunizations.”

President Joe Biden has “a responsibility to do everything we can to protect people in the United States,” according to Washington, which has pushed back against the call for a ban.

“We’re doing both,” White House press secretary Jen Psaki said. “We think we can do both, and we’ll keep doing both.”