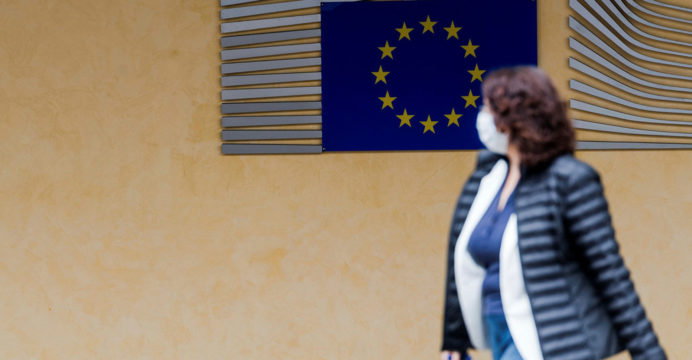 EU budget battle looms, as economy lifts out of crisis

Slovenia, the 10th of September 2021 (BSS/AFP) – Despite increasing public debt, European governments have spent like crazy to keep the coronavirus outbreak from wreaking havoc on the economy.

Now, proposals are being made for the European Union to relax its budget rules to allow the lavish spending to continue, but many member states are wary of the subject.

The European Commission, which controls the budgets of 27 EU member states, is doing everything it can to avoid a political brawl that may spill over into Germany’s election campaign this month.

“It will be a major political war. The question is, when do we start fighting?” On the condition of anonymity, an EU official stated.

On Friday and Saturday, EU finance ministers will convene in Slovenia’s picturesque Brdo castle, where they will cautiously tackle the subject.

The EU’s stability and growth pact, a set of regulations on budget spending that binds member states, at least on paper, to public debt of only 60% of GDP, is at the heart of the problem. Annual deficits must not exceed 3% of GDP.

Many countries, however, have exceeded the threshold, and some member states have requested that the commission explore ways to bring the standards closer to reality even before the pandemic.