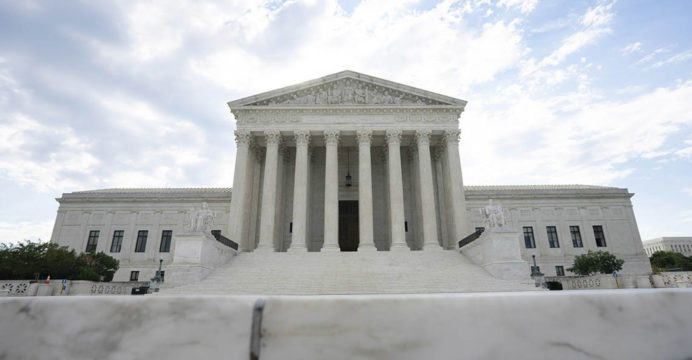 The US Supreme Court granted a last-minute stay of execution to a death-row inmate in Texas who had requested that his pastor be permitted to hold him when he was put to death by lethal injection.

The Supreme Court’s judgement stated, “The motion for a stay of execution of a death sentence… is granted.” It made no explanation, which is a standard procedure in emergency rulings.

John Ramirez, 37, was set to be killed on Wednesday night for fatally killing a convenience store employee during a heist in 2004.

The Texas Department of Criminal Justice (TDCJ) would not allow Ramirez’ Baptist pastor, the Reverend Dana Moore, to hold him when he is executed or to pray openly in the execution room, according to Ramirez’ lawyer, Seth Kretzer.

A spiritual counsellor is permitted to be present in the room during the execution, but they must remain silent and are not permitted to touch the prisoner.

The conservative Supreme Court seldom intervenes to stop executions, but it has recently done so in cases when prisoners claim they are denied access to spiritual advisors.

It granted the stay in the Ramirez case without explaining why and said it will examine the merits of the case in October or November.

This year, the Supreme Court determined that states could not completely prohibit spiritual advisors from accompanying death row convicts.

Ramirez’s case will be heard again by the Supreme Court in October or November, according to the court. This year, five people have been executed in the United States.