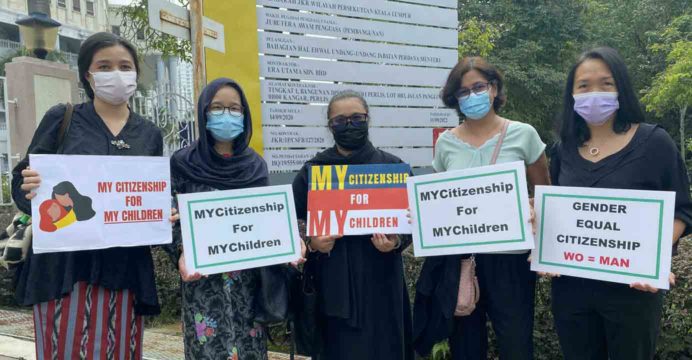 On Thursday, a group of Malaysian mothers won a major legal case, abolishing what they called discriminatory citizenship restrictions that harm women who give birth abroad.

According to the rules, a woman who married a foreigner and had a kid outside of Malaysia could not immediately pass on her Malaysian citizenship to her child.

Men from Southeast Asian countries are exempt from these limitations, and their children have a clear road to citizenship.

Malaysia, a socially conservative country, was one of just a few countries in the world with such regulations, which campaigners have long claimed were discriminatory.

On Thursday, however, the High Court of Kuala Lumpur upheld a challenge made by six Malaysian mothers who claimed the laws were unconstitutional.

“This decision recognizes Malaysian women’s equality and is a step toward a more egalitarian and just Malaysia,” said Suri Kempe, president of the non-governmental organization Family Frontiers, which assisted in the case’s prosecution.

She stated that the ruling applies to all Malaysian moms, not only the plaintiffs in the case.

The administration did not respond immediately, and it was unclear whether they would appeal the decision.

Women have been trapped in violent relationships as a result of the rule, according to campaigners. If they returned to Malaysia with their children, they would encounter difficulties in receiving public benefits such as free education and healthcare.

Women could request for citizenship for their children born abroad, but officials rarely consented. Between 2013 and 2018, the home ministry received almost 4,000 applications, but just 142 were granted, according to Family Frontiers.

The government had attempted to have the mothers’ lawsuit dismissed, claiming that the rules were constitutional.

However, protesters claimed that they had violated constitutional protections of equality before the law, and the case was permitted to proceed.