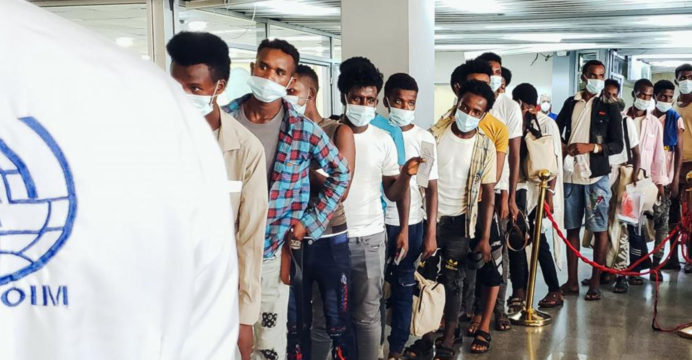 Nearly 5,000 Ethiopians stranded in Yemen are waiting for their chance to safely return home as the hazards for migrants in Yemen increase due to violence and the COVID-19 situation.

About 300 migrants are expected to fly from Aden to Addis Ababa this week on two International Organization for Migration (IOM) Voluntary Humanitarian Return (VHR) planes (IOM). The organization aims to keep up this pace, flying two flights per week until the end of the year, and plans to expand VHR to other areas where the war still exists, such as Ma’rib.

“Migrants in Yemen have been forced even farther into the shadows since the onset of the pandemic,” said John McCue, IOM Yemen’s Deputy Chief of Mission.

In 2021, 597 migrants have returned willingly on five planes from Aden and 79 others on a trip from Sanaa. A flight from Aden is due to arrive in Addis Ababa this afternoon, with another flight booked for Thursday, indicating that progress is being made in securing more possibilities for stranded migrants to return voluntarily in the future.

IOM urgently requires USD 3 million from the international community to continue this program, as well as sustained support from Yemeni and Ethiopian authorities to facilitate travel.

“We urge donors to contribute more to this critical lifeline, which gives thousands of stranded migrants with their sole hope of escaping a perilous situation and returning home,” McCue added.

Due to COVID-19 movement limitations that have hampered their trips to the Kingdom of Saudi Arabia, an estimated 32,000 migrants are trapped in the country — mostly in urban transit hubs (KSA).

As a result of the restrictions, smuggling networks on this route are no longer as profitable as they previously were. To compensate for financial losses, some people are turning to new ways to benefit from migrants. 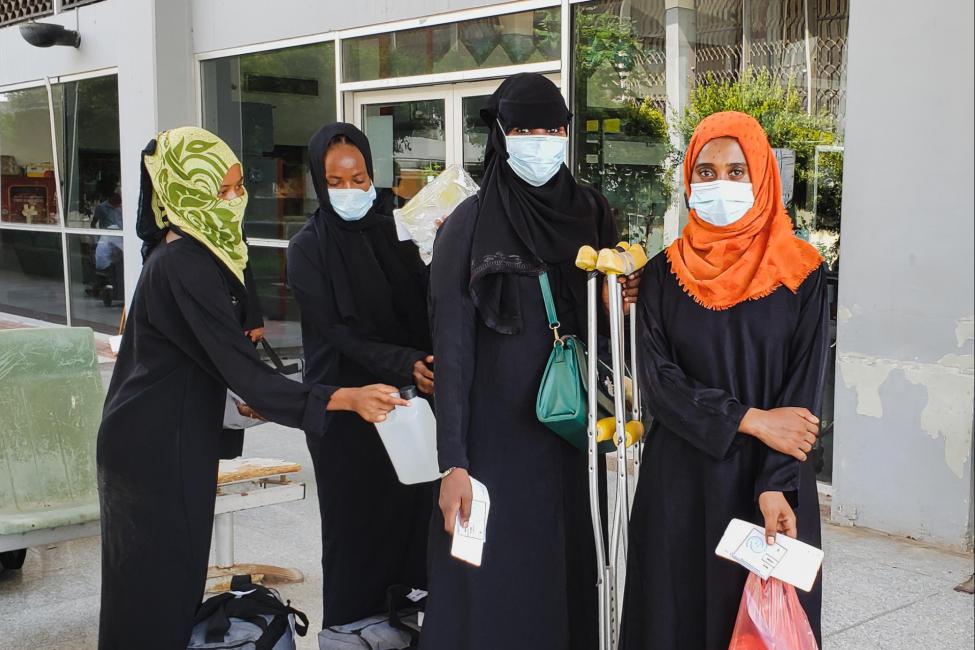 Some migrants are forced to work on fields to pay off their debts, while others face gender-based violence (GBV) and kidnapping for ransom. Water, food, sanitation, and health care are all in short supply for the great majority of people.

Many migrants are becoming increasingly desperate to return to their homeland. Since May 2020, an estimated 18,200 Yemenis have attempted the risky return voyage by sea to Djibouti or Somalia, relying on the same smuggler network that brought them to the Arabian Peninsula. This year, many of migrants drowned when overcrowded boats overturned.

“In Yemen, I was assaulted, arrested, and abused,” said Tigist*, a 24-year-old Ethiopian woman who returned home last week. I went hungry most nights. I’m relieved to be returning to my home and family after everything that has occurred to me.”

This year, 20 people under the age of 18 have returned home aboard VHR flights. Unaccompanied minors account for more than 10% of fresh arrivals in Yemen. Some of the world’s greatest proportions of youngsters use an irregular migration route in the so-called Eastern Corridor. In addition to arranging flights, IOM provides pre-departure counseling to migrants, assists them in obtaining travel documents, and coordinates with authorities in Yemen and Ethiopia to ensure safe passage and transit.

Returning migrants are temporarily housed at the IOM transit center in Ethiopia, where they are provided with food, non-food goods, counseling, and a transportation allowance to their final destinations. Medical and psychological care, as well as family finding and reunification for unaccompanied migrant children, are all provided by the organization.

“In Ethiopian communities with high rates of irregular migration, we continue to call for investments in sustainable reintegration of returnees and resilience-building.”