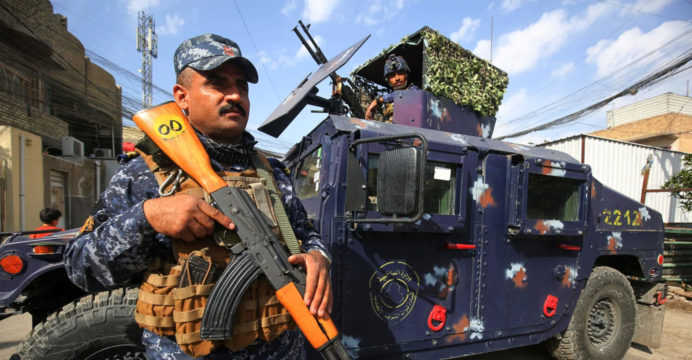 According to medical and security officials, thirteen police officers were killed in an attack by the Islamic State group on a checkpoint outside Kirkuk in northern Iraq early Sunday.

A senior Iraqi police officer told AFP that the attack took occurred just after midnight in the city’s south. Jihadist cells in the area often target Iraqi army and police, but this was one of the IS group’s deadliest attacks this year.

IS launched a rapid onslaught in Iraq in 2014, capturing large swaths of the country before being driven back by a counter-insurgency campaign backed by a US-led military coalition.

Sunni extremists were declared defeated by the Iraqi government in late 2017, yet they still have sleeper cells that carry out asymmetric assaults against security personnel.

Jihadist cells in northern Iraq often target the Iraqi army and police, but this was one of the deadliest attacks this year.