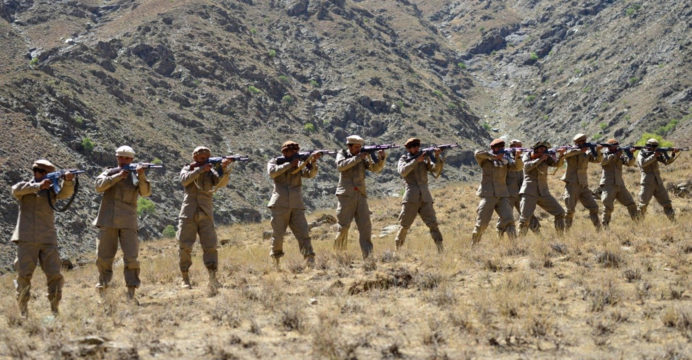 Taliban yet to name government as Panjshir resistance holds

The Taliban and resistance troops clashed again in Afghanistan’s Panjshir Valley on Saturday, even as the hardline Islamists finalize a new cabinet that would set the tone for their rule.

Faced with the task of transitioning from insurgents to rulers, the Taliban appear intent on putting down the Panjshir resistance before revealing who will run the country following the US army pullout on Monday, which was expected to bring an end to the country’s two-decade-long conflict.

Panjshir, on the other hand, has stubbornly held out under the Soviet Union’s occupation as well as the Taliban’s first rule from 1996 to 2001.

Fighters from the so-called National Resistance Front (NRF), which is made up of anti-Taliban militia and former Afghan security forces, are believed to have stocked up on weapons in the valley, which is around 80 kilometers (50 miles) north of Kabul and protected by a narrow ravine.