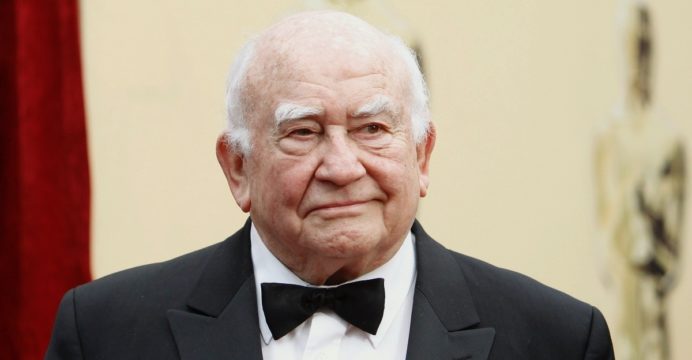 The actor, whose roles also included voicing the lead in the Pixar film Up, passed away “peacefully” on Sunday morning, his family said.

“Words cannot express the sadness we feel. With a kiss on your head – goodnight dad. We love you.”

The character Lou Grant was first introduced as Mary Richards’s boss on The Mary Tyler Moore Show in the 1970s, reports BBC.

Star Wars actor Mark Hamill, who worked on The Mary Tyler Moore Show, was among those who paid tribute to Asner on Twitter.

Comedy actor Ben Stiller added: “Sending love to the great Ed Asner’s family. An icon because he was such a beautiful, funny and totally honest actor. No one like him.”

The character of Lou Grant, the irascible editor of the fictional Los Angeles Tribune, later became a character in a show in his own right from 1977 to 1982.

The role helped earn Asner seven Emmy awards across his career, a record for a male performer.

In 2009, he became known to a new generation of audiences by playing elderly widower Carl Fredricksen in the animated hit Up.

He also played Santa Claus in the 2003 Will Ferrell comedy Elf.

Documentary film-maker Michael Moore shared an anecdote about his first interaction with Asner in his tribute to the late actor on Twitter.

During his acting career, Asner was an outspoken supporter of a number of humanitarian and political causes, including trade unionism and animal rights.

He served as president of the Screen Actors Guild from 1981 to 1985, and was honoured in 2000 with the union’s prestigious Ralph Morgan Award.

Asner was born in Kansas City, Missouri in 1929, and began acting at school.

After serving two years in France in the US Army Signal Corps, Asner returned to theatre work in Chicago.

In 1955 he made his Broadway debut with Jack Lemmon in Face of A Hero, then performed with the American and New York Shakespeare festivals and appeared in numerous off-Broadway shows.

Asner moved to Hollywood in 1961 and began his acclaimed career in television and film.

He was inducted into the Academy of Television Arts & Sciences Hall of Fame in 1996.