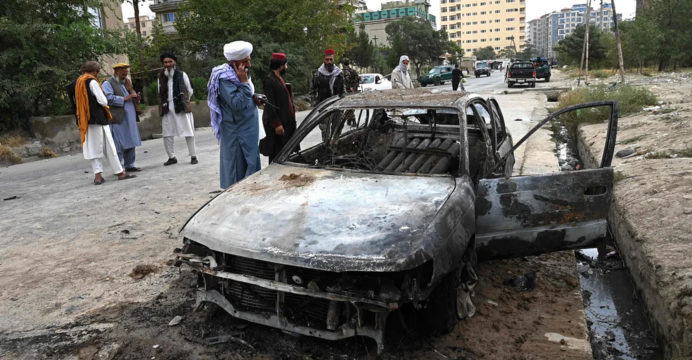 Rockets fly in Kabul as US evacuations wind down

On Monday, rockets were fired across Kabul as the US raced to complete its withdrawal from Afghanistan, with civilian evacuations nearly complete and terror attack fears high.

President Joe Biden has set a Tuesday deadline for all US troops to leave Afghanistan, bringing an end to his country’s longest military conflict, which began in retaliation for the September 11 attacks.

The Taliban, a hardline Islamist movement that was toppled in 2001 but recently reclaimed power, triggered a mass exodus of terrified people aboard US-led evacuation flights.

Those flights, which carried over 114,000 passengers out of Kabul Airport, will come to an end on Tuesday when the last of the thousands of American troops leave.

However, US forces are now primarily focused on safely transporting themselves and American diplomats out of the country.

After carrying out a suicide bomb attack at the airport late last week that killed more than 100 people, including 13 US troops, the Islamic State group, which is a rival of the Taliban, poses the greatest threat to the withdrawal.

Biden had warned that more attacks were likely, and the US said it had carried out an airstrike in Kabul on an explosives-laden vehicle on Sunday night. 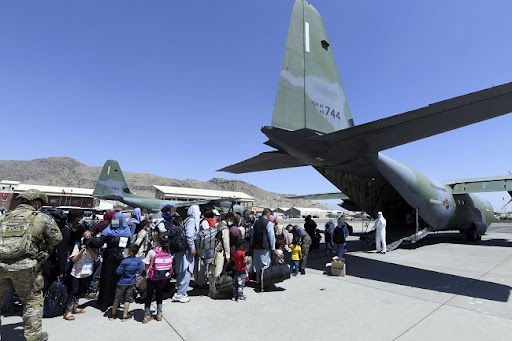 According to AFP journalists in Kabul, this was followed by the sound of rockets flying across the city on Monday morning.

Residents living near the airport claimed to have heard the missile defence system activate. Near the airport, smoke could be seen rising.

A Taliban spokesman confirmed the incident on Sunday, saying that a car bomb aimed at the airport had been detonated and that a possible second strike had hit a nearby house.

Throughout the war, the US has been accused of killing many civilians in air strikes, which has contributed to a loss of local support, and this was a possibility again on Sunday.