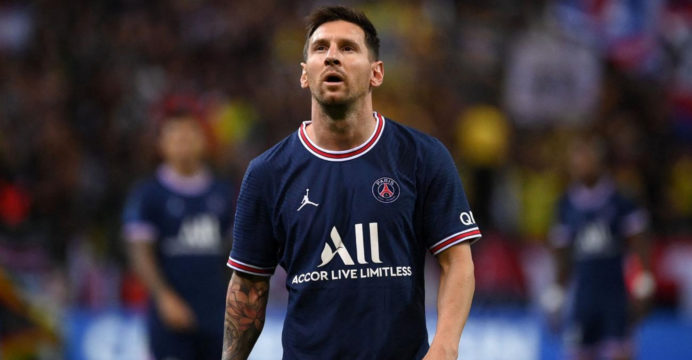 On Sunday, Lionel Messi made his Paris Saint-Germain debut as a substitute, but Kylian Mbappe stole the show by scoring both goals in a 2-0 victory over Reims in Ligue 1.

At the Stade Auguste-Delaune, where the sell-out 21,000 crowd had earlier screamed Messi’s name as he emerged to warm up, Messi, wearing the number 30 jersey, came off the bench in the 66th minute to replace Neymar.

The Argentine has not played since coming in Paris from Barcelona almost three weeks ago, his previous game being the Copa America final on July 11, when he guided his side to victory over Brazil.

The six-time Ballon d’Or winner will have to wait for his first goal and first start with his new team, which might come on September 11 when PSG hosts Clermont.

The week leading up to this game had been dominated not by Messi but by talk of Mbappe’s future, with Real Madrid reportedly having two offers for the France World Cup-winning striker rejected.