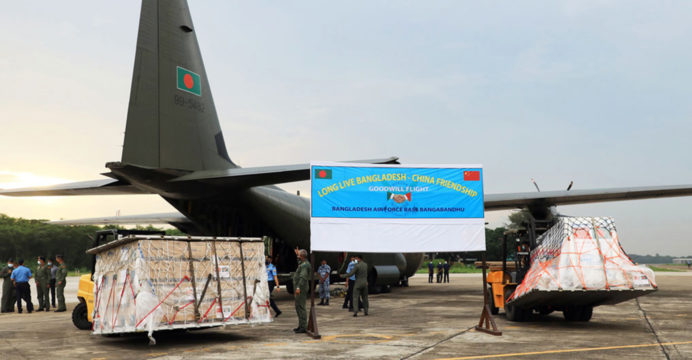 As a gift from China, a BAF aircraft returns carrying 300,000 Covid vaccinations

As a gift from China, a Bangladesh Air Force (BAF) aircraft has returned with 300,000 doses of Sinopharm Covid vaccination and medical equipment.

According to a media announcement, a C-130J transport plane carrying the vaccination landed at Air Force Base Bangabandhu in Kurmitola, the capital.

The vaccination and medical equipment are gifts from the Bangladesh Armed Forces to the People’s Liberation Army of China as a sign of friendship.

A total of 13.5 million Sinopharm vaccines have been sent from China to date.

Under the Covax facility, 1.1 million doses of the vaccine were received.