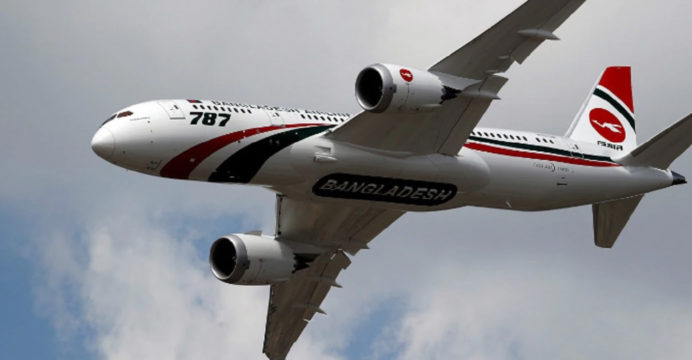 According to Zee News, a Biman Bangladesh flight from Muscat to Dhaka was forced to make an emergency landing in Nagpur, India, on Friday after the pilot suffered a heart arrest in the middle of the flight.

The flight was apparently near Raipur, India, at the time of the critical juncture, and it contacted Kolkata ATC for an emergency landing.

The Kolkata ATC advised an emergency landing in Nagpur, which was the closest airport. An airport spokesman said the Boeing plane, which had 126 passengers on board, landed around 11:40 a.m. He said that the pilot had been admitted to a local hospital.

Biman Following a suspension of air travel between the two nations due to the coronavirus pandemic, Bangladesh recently restored operations with India.