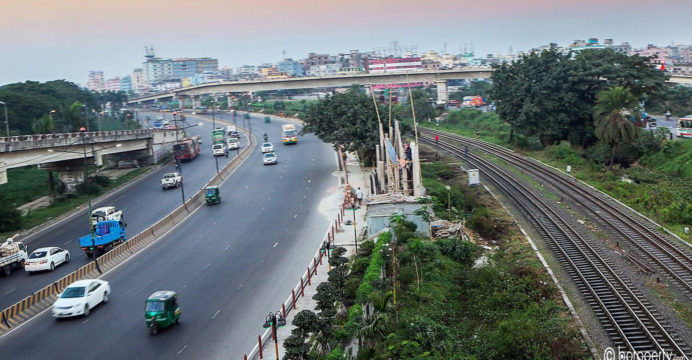 Once finished, the Dhaka-Sylhet corridor will enable a new commercial route connecting Chattogram port with India’s northeastern provinces via the three land ports of Akhaura, Sheola, and Tamabil, as well as Bhutan and Myanmar.

According to an ADB press release issued today, the corridor is also the centrepiece of the government’s planned Northeast Bangladesh Economic Corridor, which aims to promote key industries in the area, such as energy generation and construction material production, and better integrate them with the rest of the country’s economy.

“Bangladesh’s export-driven economic growth has demonstrated the country’s unique potential as a regional transportation and commercial hub. The country’s transportation infrastructure must be strengthened to sustain this expansion, according to Satomi Sakaguchi, ADB’s transport specialist for South Asia.

The investment initiative will also contribute to the government’s goal of promoting equitable growth and sustainable development, according to the ADB expert.

The MFF’s first tranche of US$400 million will go toward the initial works of the key contracts for widening National Highway No. 2 along the Dhaka-Sylhet corridor from a two-lane to a four-lane road with slow-moving vehicle traffic lanes.

It will have 60 kilometres of walking paths, 26 footbridges, and 13 overpasses. Its design will take into account the needs of the elderly, women, children, and people with disabilities, as well as disaster and climatic concerns.

The government will contribute $911 million toward the project’s overall cost of $2.69 billion. Aside from the MFF, the ADB will provide a one million dollar technical assistance grant from its Technical Assistance Special Fund and a second US$2 million grant from the Japan Fund for Poverty Reduction, both funded by the Japanese government, to support the Roads and Highways Department’s capacity building on road safety and maintenance, climate change, gender equality, and social inclusion.

SASEC members prioritize transportation and trade facilitation, having invested more than US$14.3 billion in projects in the region since 2001, including 43 transportation projects worth US$11.4 billion.