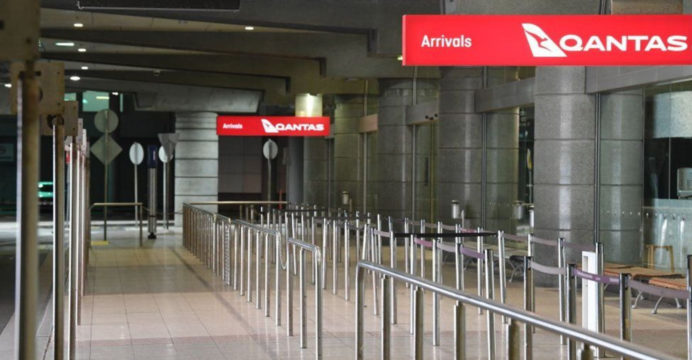 Alan Joyce made the comments as the Australian airline announced an annual pre-tax loss of A$1.83bn. The loss was for the year to the end of June and does not include the latest lockdown in Sydney, reports BBC.

However, Qantas says it is hopeful that some international travel will reopen in time for Christmas.

“This loss shows the impact that a full year of closed international borders and more than 330 days of domestic travel restrictions had on our national carrier,” Mr Joyce said.

“The trading conditions have frankly been diabolical,” he added.

But the company said it was optimistic it would be able to resume some international flights from December, after Australia’s vaccination rate reached 80% of the eligible population.

The firm hopes to resume flights to “Covid-safe destinations”, which could include the UK, US, Canada, Japan and Singapore.

The airline also expects to bring five of its A380 super jumbos back into service by the middle of next year to meet high demand for flights to Los Angeles and London.

Qantas said that its “Covid recovery plan” had seen 9,400 people leave the company, while around 6,000 workers remained stood down due to the closure of Australia’s international borders.

On top of that a further 2,500 staff were stood down earlier this month as the lockdown in Sydney impacts air travel across Australia.

Also in August, the company said that all of its employees must be vaccinated against Covid-19.

Frontline workers including pilots, cabin crew and airport staff were told they must be fully vaccinated by mid-November.

The firm said its remaining employees have until the end of March next year to receive both doses.