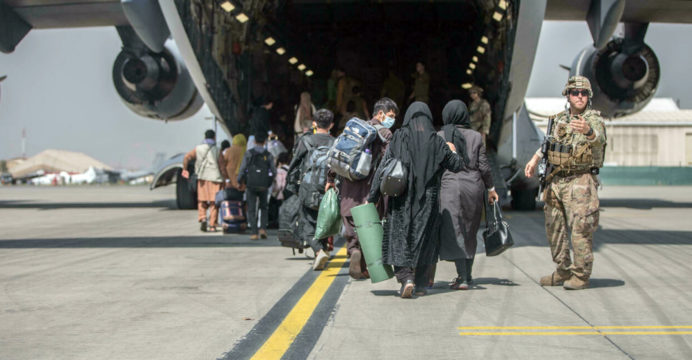 US ramps up Afghan evacuations after Taliban warn of ‘red line’

On Tuesday, US troops spearheaded an increasingly frantic operation to transport thousands of people out of Kabul after the Taliban warned that foreign forces would only be allowed to carry out evacuations for one more week.

President Joe Biden is facing mounting pressure to extend an August 31 deadline for the evacuation of American troops, with Britain lobbying for a longer stay at a virtual G7 summit on Tuesday.

About 50,000 foreigners and Afghans have fled the country through Kabul’s airport since the Taliban took power 10 days ago.

Outside the airport, however, hundreds of Afghans gathered, afraid of life under the Taliban.

Many others fear a repeat of the Taliban’s brutal interpretation of sharia law from 1996 to 2001, or vengeance for the past two decades of cooperation with the US-backed government.

“The Taliban remain the same as they were 20 years ago,” Nilofar Bayat, a women’s rights campaigner and former captain of Afghanistan’s wheelchair basketball team, said after fleeing to Spain.

“Right now, if you look at Afghanistan, you’ll notice that it’s all men; there are no women because they don’t accept women as part of society.”