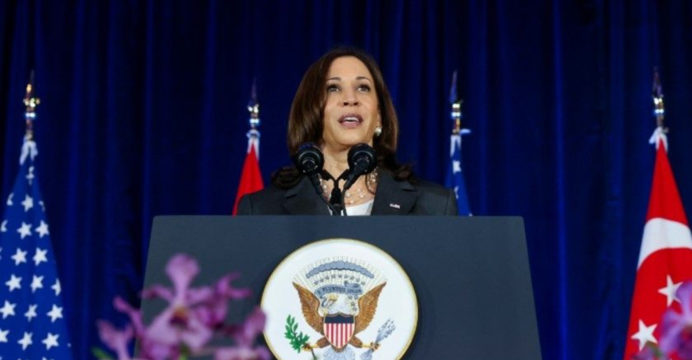 On Tuesday, US Vice President Kamala Harris accused Beijing of bullying in fiercely disputed waters, as she sought to mobilize Asian allies against China and bolster US credibility in the aftermath of the bungled Afghan drawdown.

Her remarks in Singapore come as Washington tries to mend fences with Asia after the tumultuous Trump presidency and construct a wall against Beijing’s expanding power.

However, her journey to the region, which includes a stop in Vietnam, comes as Washington faces new doubts about its resiliency in the wake of the US withdrawal from Afghanistan and the Taliban’s takeover.

“Beijing continues to force, intimidate, and claim sovereignty over the vast majority of the South China Sea,” she said.

“Beijing’s actions continue to erode the rules-based order and pose a threat to national sovereignty.”