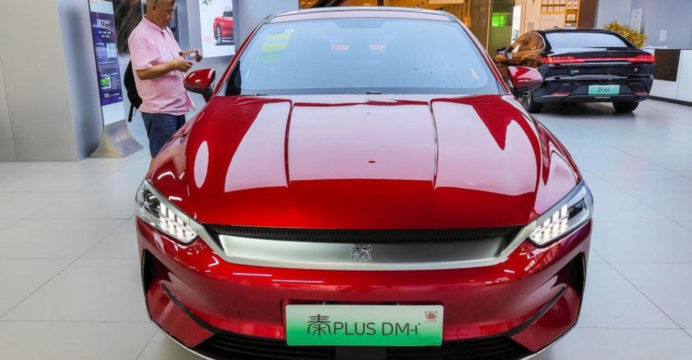 Chinese electric car maker BYD’s plan to sell shares in its computer chip making unit has been suspended, the latest share offering to be hit by Beijing’s crackdown on businesses.

The listing has been put on hold due to a regulatory investigation into the law firm advising the company. The plan to list on Shenzen’s Nasdaq style market ChiNext was filed in May.

The suspension comes amid a broader regulatory tightening on industry by Chinese authorities, reports BBC.

Over the weekend, the Shenzen Stock Exchange said Beijing Tian Yuan Law Firm, one of China’s biggest legal services companies, was being investigated in relation to the listing.

It said the firm, which has been an advisor for BYD Semiconductor’s planned initial public offering (IPO), was being investigated by China’s Security Regulatory Commission but gave no further details.

BYD Semiconductor had aimed to raise at least $421m ($309m) from the sale of shares.

The firm is China’s biggest maker of microcontroller chips for vehicles.

Microcontrollers are vital components in modern cars, used for everything from seats and windows to steering and anti-lock brakes.

Parent company BYD is China’s biggest car maker by market valuation and is backed by US investment veteran Warren Buffett.

BYD is the latest Chinese company to have its plans up-ended as Beijing tightens regulations on everything from technology giants to insurance providers.