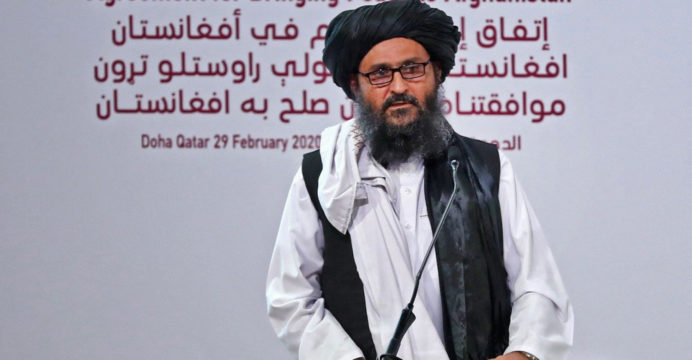 Mullah Abdul Ghani Baradar, a co-founder of the Taliban, arrived in Kabul on Saturday for negotiations on forming a new “inclusive” administration in Afghanistan, according to a senior official.

Khalil Haqqani, one of America’s most wanted terrorists with a $5 million bounty on his head, has also been seen in the capital in recent days.

Pro-Taliban social media accounts showed Haqqani with Gulbuddin Hekmatyar, a former bitter foe during Afghanistan’s terrible civil war in the early 1990s who is still powerful in the country’s politics.

According to AFP, Baradar would meet with “jihadi leaders and politicians for an inclusive government setup,” according to a senior Taliban official.

Baradar landed in Afghanistan last Tuesday from Qatar, landing in Kandahar, the country’s second-largest city and the spiritual birthplace of the Taliban.

The organization stated its rule would be “different” this time within hours of his return.

The Taliban have stated that this version of their administration will be “inclusive,” but have not specified who will be included.