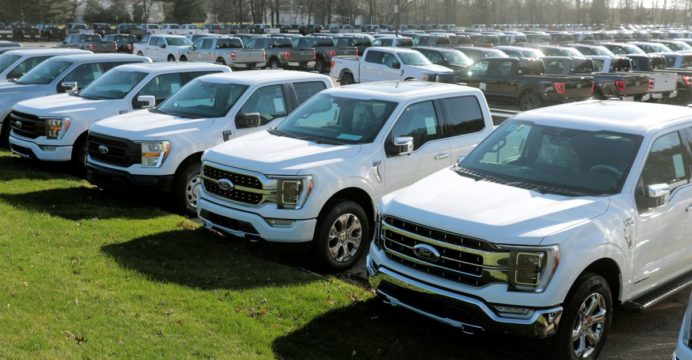 A trio of Democratic U.S. senators has asked the Taiwanese government for more help in addressing a chip shortage that has left numerous American auto production lines at times standing idle.

The letter, dated Aug. 18 and first reported by Reuters, was sent by Michigan Senators Gary Peters and Debbie Stabenow and Ohio’s Sherrod Brown to Taiwan’s de facto ambassador in Washington, Hsiao Bi-khim, praising her “efforts to address the shortage.”

But the senators added they were “hopeful you will continue to work with your government and (chip) foundries to do everything possible to mitigate the risk confronting our state economies.” The three emphasized in a statement that additional steps could be taken to increase chip production, reports Reuters.

The shortage has spurred production cuts and layoffs and rippled through the economies of states that are heavily dependent on the auto industry.

Toyota Motor Corp said on Thursday it would slash global production for September by 40% from its previous plan, becoming the latest major automaker to cut output due to the global chip crunch. read more

Taiwan’s Foreign Ministry told Reuters it was aware of the letter and had passed on the request to government departments in charge of trade and economics.

Taiwan’s Economy Ministry said it was not able to immediately comment.

Ford Motor Co on Wednesday said it would halt output for a week starting Monday at production lines that build its best-selling F-150 pickup trucks because of the shortage.

General Motors Co suspended production for a week at three North American truck plants earlier this month because of the same issue.

Nissan Motor Co earlier this month halted output for two weeks at a major Tennessee plant due to the impact of COVID-19 in Malaysia and chip issues.

An auto trade group has estimated that because of the chip shortage, there could be 1.3 million fewer vehicles made in the United States in 2021, a drop of more than 10% from pre-pandemic levels. read more

The senators told Hsiao “what we are hearing at this point is that the risk of shortages clearly has extended into 2022, despite the considerable efforts in Taiwan to augment production.”

Last month, Taiwan Semiconductor Manufacturing Co Ltd (TSMC), the world’s largest contract chipmaker, said the shortage will gradually tail off for its customers from this quarter, but it expects overall semiconductor capacity tightness to extend possibly into 2022.

“Demand for vehicles – from cars to commercial trucks – is now up, yet the lack of semiconductor chips is preventing this renewed demand from being met,” the senators wrote. “The U.S. is now the most impacted region in the world.”

In June, the United States sent Taiwan 2.5 million COVID-19 vaccine doses, more than three times the initial allocation of shots for the island.