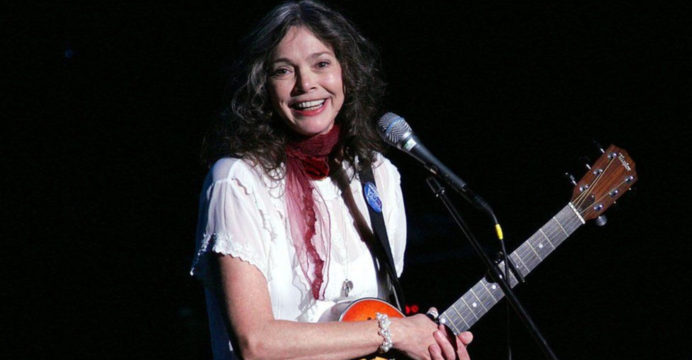 Nanci Griffith, a Grammy-winning folk and country music singer-songwriter, has died aged 68. Her death was confirmed by management and her record label on Friday, without a cause of death being given.

The genre-straddling artist’s best known songs include Love at the Five and Dime and the Outbound Plane, which others saw mainstream success with.

She is considered influential and recorded duets with artists like Willie Nelson across her long career. Born in Seguin, Texas in 1953, Griffith began performing and releasing folk music while working as a nursery teacher in Austin in the 1970s, reports BBC.

She moved to Nashville in 1985, where she landed her first major record deal.

Griffith found country success with her recording of Nancy Gold’s From a Distance, years before Bette Midler’s version became a major hit.

Her style of music, which Griffith herself described as “folkabilly”, was considered unique and blended musical genres.

She won a Grammy award in 1994 for her album Other Voices, Other Rooms which was made up of cover songs and musical collaborations.

She previously survived two bouts of cancer in the 1990s and continued to tour and produce music – with her final album released in 2012.

“It was Nanci’s wish that no further formal statement or press release happen for a week following her passing,” Gold Mountain Entertainment said in a statement.

Artists from the music world paid tribute after news of her death broke on Friday.

Country artist Suzy Bogguss shared a photograph of Griffith on Instagram and said her “heart was aching” with the loss.