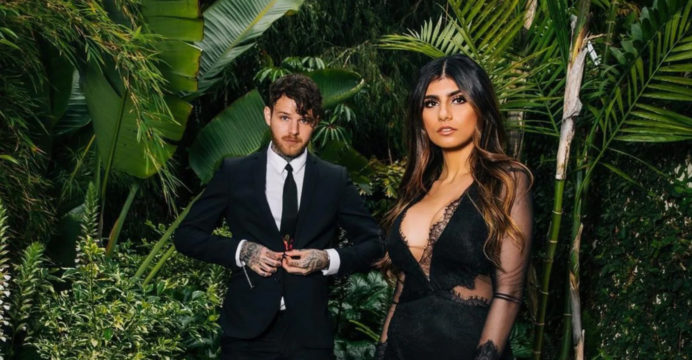 In the year 2019, she and Robert got engaged. Mia posted on her Instagram account that she is cancelling her upcoming wedding and says she and her husband have been trying to make their marriage work for almost a year but have been unable to overcome their differences.

“We can safely say that we did our best to make our marriage work, but after over a year of counselling and attempts, we walked away knowing that we have a friend in each other and that we genuinely tried,” she wrote.

Khalifa added that their split is not the result of a single incident and that they will continue to love and respect each other. She claimed that their split was prompted by “unresolvable” and “fundamental issues,” adding that neither party could be blamed. The 28-year-old television personality stated that she and Sandberg had no regrets about this chapter of their lives. Khalifa went on to say that the two are linked by their love for their families, friends, and dogs.

“We will always love and respect each other because we know that it was not an isolated event that caused our breakup, but rather the accumulation of fundamental, irresolvable differences that no one can blame on the other for. We are closing this chapter with no regrets and both starting our own, separately but connected through incredible family, friends, and love for our dogs. This has been long overdue, but we’re glad we took our time and gave it our all, and can walk away saying that we tried our absolute hardest,” Khalifa said.