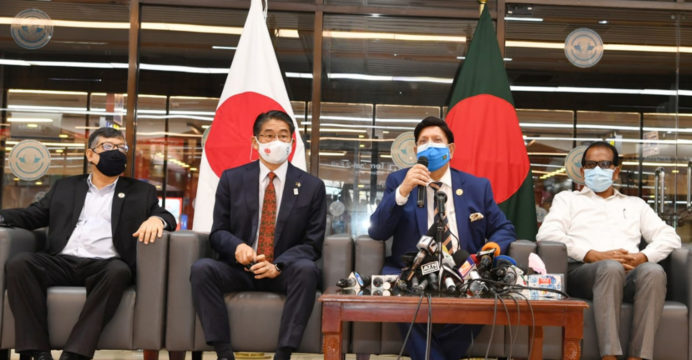 Japan to send over 3m doses of AstraZeneca vaccine: Momen

He stated, “On behalf of Bangladesh, I would like to extend our gratitude to the Japanese government and people for the (vaccine) delivery during this important period.”

After receiving 2,45,200 doses of Oxford AstraZeneca vaccine as the first cargo from Japanese ambassador to Bangladesh Naoki Ito at Hazrat Shahjalal International Airport (HSIA) yesterday, the foreign minister made the comment.

The foreign minister further stated that the second consignment, which will contain roughly five lakh doses of the vaccine, will arrive on Friday.

According to Dr. Momen, this vaccine shipment is critical for Bangladesh since 1.5 million individuals are waiting for the second dosage of the Oxford-made vaccine.

The Serum Institute of India has already sent 1.2 crore doses of AstraZeneca vaccine to Bangladesh (SII).

The foreign minister stated that the government has already put up a plan to obtain more COVID-19 vaccinations from various sources under COVAX, as well as commercial purchases, to maintain a consistent supply of vaccines for the country’s citizens.

“We hope there will not be a vaccine scarcity in the country in the coming months,” he stated. 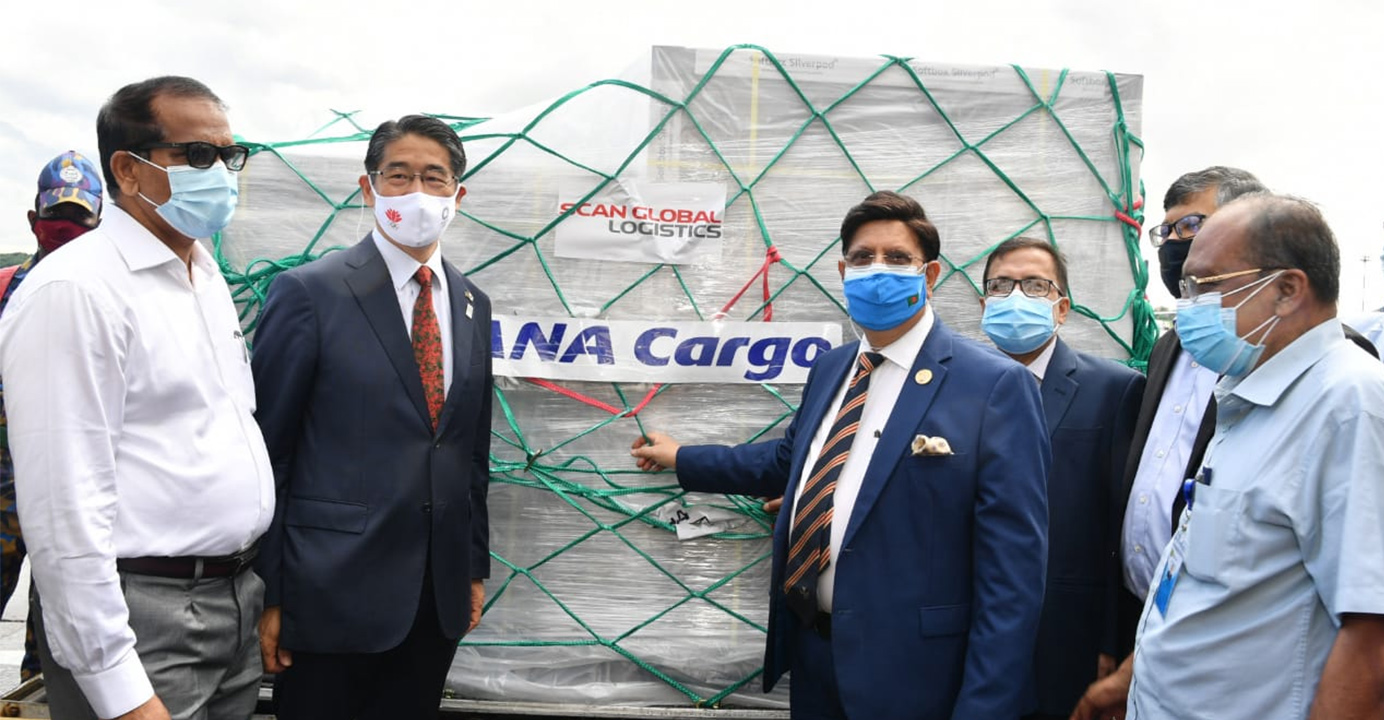 COVAX is a global cooperation led by Gavi, the Vaccine Alliance, with the goal of ensuring equal access to Covid-19 vaccinations.

However, Bangladesh’s foreign minister stated that the country intends to pursue vaccine co-production in order to vaccinate 80 percent of its population.

“There is no other option than to develop it (vaccine) locally.” “We’ll start production soon,” he stated.

According to a foreign ministry press release, Bangladesh’s foreign minister expressed his gratitude to Japan for its sustained cooperation in combating the COVID-19 pandemic in Bangladesh, including direct monetary support.

“We call on everyone to work together to contain this pandemic by ensuring worldwide vaccination availability and resource mobility in order to stimulate the global economy.” Momen wrote to his counterpart in Japan.

The foreign minister praised Prime Minister Suga for hosting the Vaccine Summit on June 2 and pledging vaccines and cash to tackle the virus.

“As we prepare to commemorate the 50th anniversary of our two friendly countries’ diplomatic relations in 2022, both countries are aiming to elevate the Bangladesh-Japan relationship from a ‘Comprehensive Partnership’ to a ‘Strategic Partnership’ level,” he added.

Momen expressed his optimism that the ongoing COVID cooperation will expand and deepen the bilateral relationship between Dhaka and Tokyo, reaffirming Bangladesh’s view of Japan as a sincere and trusted ally as well as a reliable development partner.