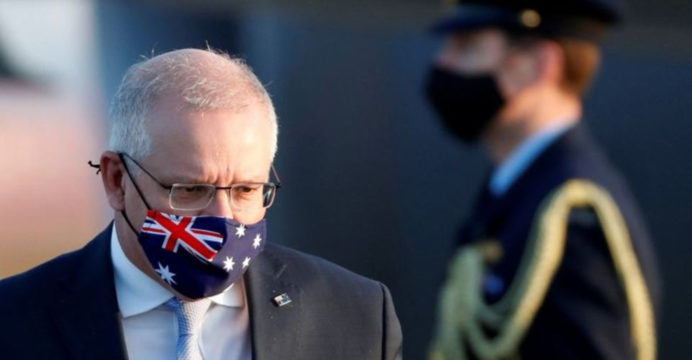 On Thursday, Australia’s prime minister apologized for a tardy Covid-19 vaccination program, as the country’s most populous state recorded the worst one-day jump in infections in 16 months and warned that the number of cases would certainly grow higher.

Australia was praised for limiting the pandemic in 2020, but it has struggled to slow the spread of the extremely dangerous Delta form this year, despite putting more than half of its 25 million people on lockdown for weeks.

The curbs, which Treasurer Josh Frydenberg estimated cost the economy roughly A$300 million ($220 million) each day, have fuelled public outrage, as has the probability that they will remain in place with less than 15% of the adult population fully vaccinated.

“I’m sorry that we weren’t able to reach the results that we had hoped for at the start of the year,” Prime Minister Scott Morrison told reporters in Canberra.

Australia has been giving less than 150,000 immunizations every day, putting it far behind other developed countries.

As millions of vaccine doses arrive from Pfizer and Moderna in the next weeks, the government claims it will reach its goal of inoculating its adult population by the end of 2021.

The majority of the infections were recorded in Sydney, the state capital of New South Wales, which is now in its fourth week under lockdown.

In the second week of stay-at-home orders in Victoria, there were 26 new instances, up from 22 the week before.

“We expect case numbers to continue to rise before they start to fall, and we need to prepare for that,” NSW Premier Gladys Berejiklian said.