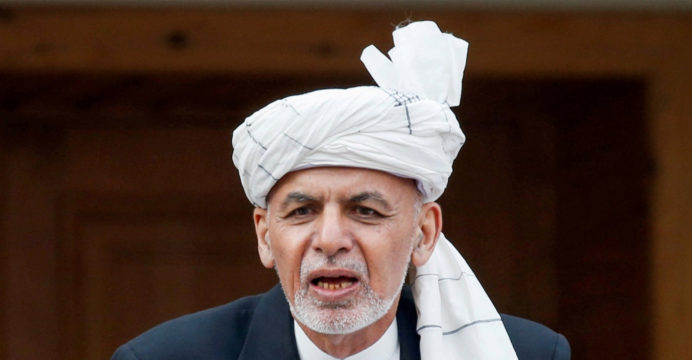 The interior ministry claimed at least three rockets landed in Kabul on Tuesday, ahead of President Ashraf Ghani’s speech marking the commencement of the Muslim festival of Eid ul-Azha.

The missiles were fired around 8:00 a.m. (0330 GMT) and were heard across the strongly protected Green Zone, which houses the presidential palace as well as other embassies, including the US mission.

“Today, the enemies of Afghanistan launched rocket assaults in several districts of Kabul city,” said Mirwais Stanikzai, a spokesman for the interior ministry.

“Three distinct parts were struck by all of the rockets. According to our preliminary knowledge, there have been no casualties. Our team is looking into it.”

Ghani began an address to the country minutes after the incident, in the presence of some of his top officials.

Several rockets have been fired at the palace in the past, the most recent in December.

The incident comes as the Taliban launch a massive offensive across the country as foreign soldiers prepare to leave the country by August 31.