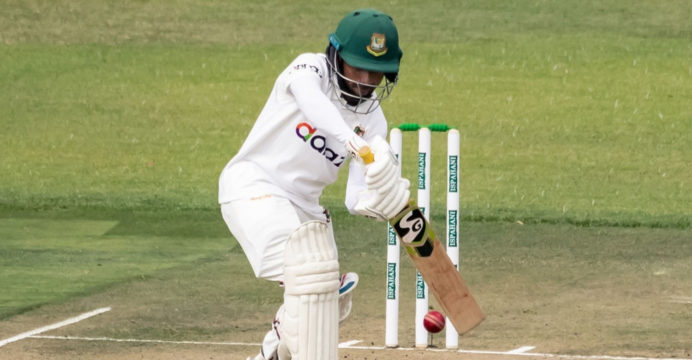 Shakib stars as Tigers tame Zimbabwe to wrap up series

Bangladesh closed up the three-match series with a hard-fought three-wicket win over Zimbabwe in the second game today at Harare Sports Club, thanks to Shakib Al Hasan’s outstanding all-around performance.

Returning to form with willow in a moment of need, the brilliant allrounder single-handedly fashioned the victory. Shakib, who has struggled with his batting form since returning to international cricket following an ICC ban, smashed an unbroken 96-run innings to lead Bangladesh to victory after the Tigers were trapped.

Bangladesh overcame Zimbabwe’s 240-9 with his knock, scoring 242-7 in 49.1 overs, with Shakib bringing the victory home with a boundary through the third man. Shakib hit eight boundaries in his 109-ball 96-run innings. 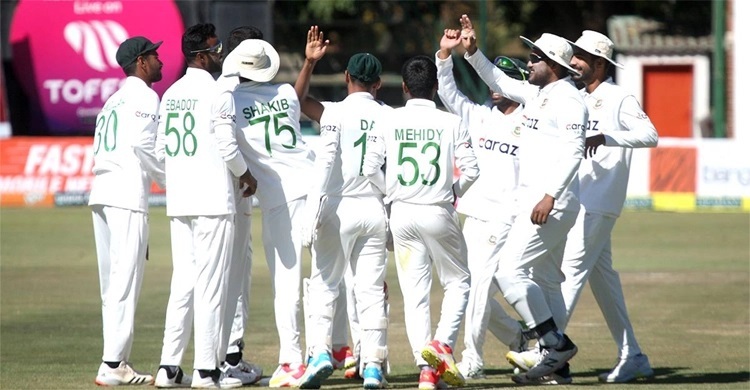 He also took 2-42 after a 5-30 performance in the opening encounter.

Despite a strong start in pursuit of the target, Bangladesh had a top-order collapse, similar to the first ODI, and was reduced to 75-4. Although Zimbabwe’s bowlers made regular intervals, Shakib kept Bangladesh in the game at all times.

After he and Liton Das added 39 runs in the opening stand, Zimbabwe fast bowler Luke Jongwe broke through with the wicket of Bangladesh ODI skipper Tamim Iqbal for 20.