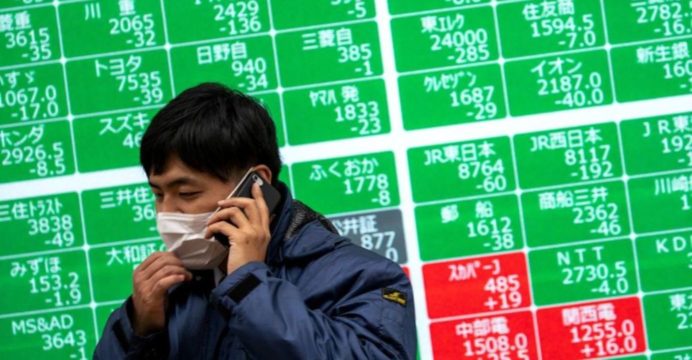 Tokyo’s benchmark Nikkei index opened higher on Tuesday as part of a global rally on renewed economic optimism, despite worries over the lingering pandemic.

The strong start came after Wall Street shares marked yet another set of record finishes, with investors staying optimistic about the global economic outlook despite nagging concerns about the coronavirus and its fast-spreading Delta variant.

“The global ‘risk-on’ atmosphere will serve as a tailwind while US indices continue to finish at new record closes,” Okasan Online Securities said in a note.

All three major US indices ended at records, with the Dow finishing just shy of 35,000 points. London’s FTSE 100 index and counterparts in Frankfurt and Paris also closed higher.

Tokyo shares had been slower than others to test higher resistance amid broad international rallies, the brokerage said.

But recent gains of Tokyo machinery shares on solid corporate earnings might see Japanese shares catch up with other global markets, Okasan said.

“Both in Japan and the US, upcoming announcements of corporate earnings should serve as a key,” Okasan said.