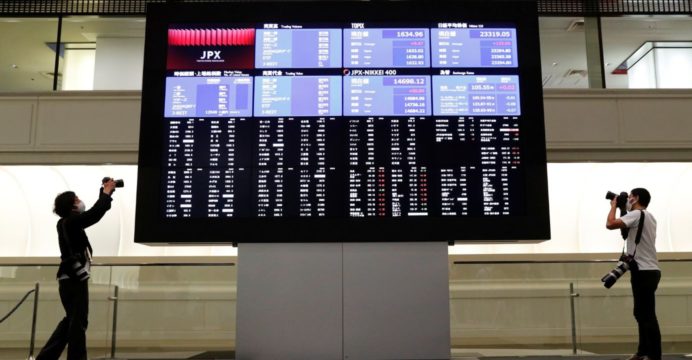 Tokyo stocks opened lower on Wednesday after the US Dow index dropped with a higher yen weighing on the market.

“After the US Dow declined, Japanese shares are seen starting with losses,” said senior analyst Toshiyuki Kanayama of Monex.

“Sell-orders are seen dominating the Tokyo market as optimistic views on the US economy receded,” after the release of a worse-than-expected economic indicator for the US service sector in June, Mizuho Securities said.

Among major shares in Tokyo, Uniqlo operator Fast Retailing was down 1.55 percent at 80,600 yen and investment giant SoftBank Group was off 1.06 percent at 7,386 yen.