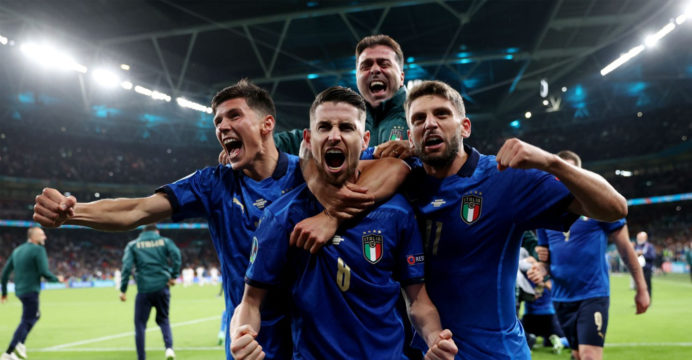 Italy into EURO 2020 final by defeating Spain over penalty shootout

After an enthralling semi-final at a raucous Wembley, Italy defeated Spain on penalties to advance to the Euro 2020 final.

Jorginho walked up to score after Alvaro Morata’s penalty was saved, setting up a final with either England or Denmark in London on Sunday.

With a lovely curled finish to top off a fast counter, Federico Chiesa seemed as if he had taken Italy – who are unbeaten in 33 games – to the final in regular time.

After a one-two with Dani Olmo, Morata came off the bench to equalize with 10 minutes remaining.

However, the Juventus forward’s missed a penalty in the shootout robbed Spain a place in the final for the first time in their history. 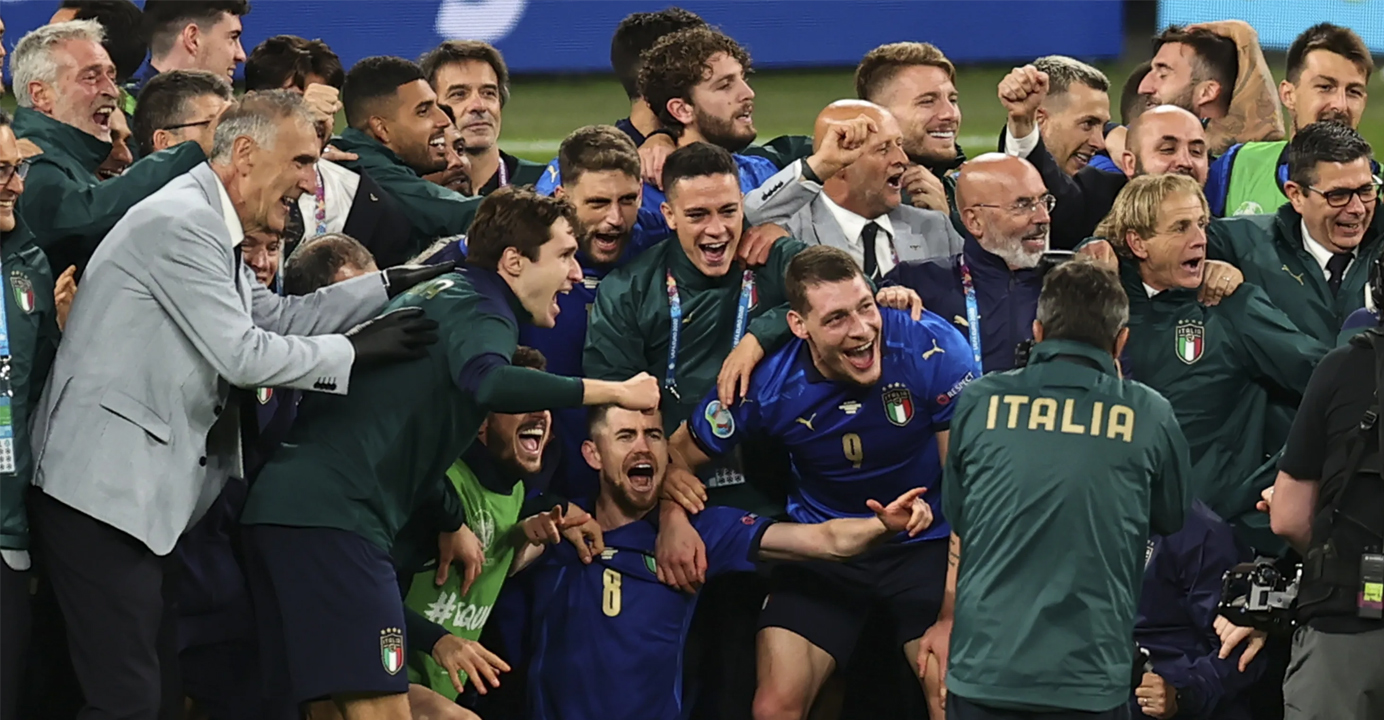 Despite tickets still being on sale during the day and people being unable to fly from either nation without having to quarantine for too long to witness the game, fears of an empty stadium and a low crowd were unwarranted.

Italy, led by Roberto Mancini, has been probably the strongest team in the competition, having won their previous 13 games, and they deserve to be in the final.

However, this was the most difficult game they’d ever faced, and they only managed one shot in the time between Morata’s equalizer and the shootout.

It’s a very depressing finish to Morata’s Euro campaign. He’s squandered several opportunities during the tournament, and his family has had to deal with threats from supporters, and his equaliser appeared ready to change the narrative before he missed from the spot.