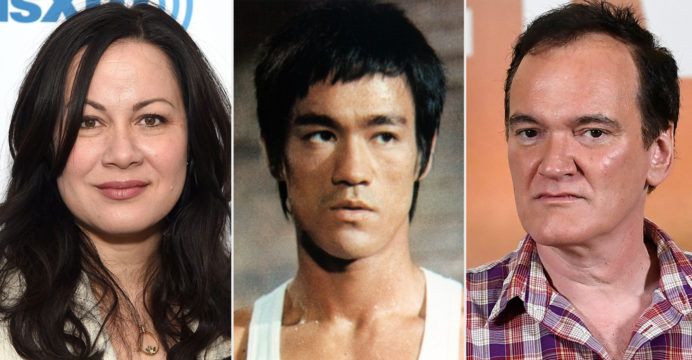 Shannon Lee, Bruce Lee’s daughter, has expressed her dissatisfaction with “white men in Hollywood trying to teach her who Bruce Lee was.”

In an appearance on ‘The Joe Rogan Experience,’ the filmmaker of “Once Upon a Time in Hollywood” defended his representation of martial artists and responded to Shannon’s criticism of the film, according to Wion news.

Tarantino said bluntly on Rogan’s podcast, “I can understand his daughter having a problem with it—it’s her f—ing father, I get that. Everybody else: go suck a d—.”

“If Cliff fought Bruce Lee at a Madison Square Garden martial arts tournament, he would not stand a chance. But as a killer who has killed men before in a jungle, he would kill Bruce Lee.” 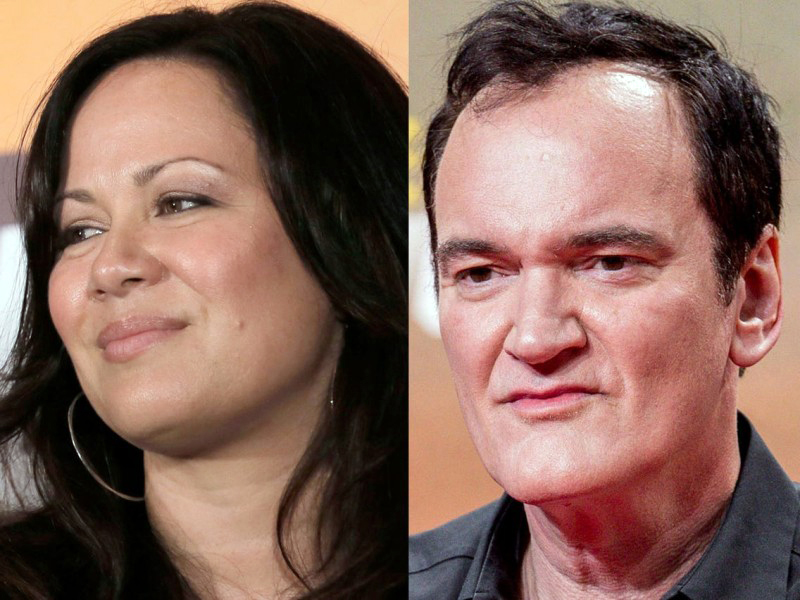 Cliff Booth, played by Brad Pitt, is challenged by an arrogant Lee to a friendly, best-of-three battle in the film. While Cliff loses in the first round, it is only a ruse, and the next time he fights, he uses Lee’s move against him and throws him against a car.

Now, in a guest column published by The Hollywood Reporter, Shannon responded to Tarantino’s comments about her father and said, ”While I am grateful that Mr Tarantino has so generously acknowledged to Joe Rogan that I may have my feelings about his portrayal of my father, I am also grateful for the opportunity to express this: I’m really f***ing tired of white men in Hollywood trying to tell me who Bruce Lee was,” she wrote.

Shannon continued, “I’m tired of hearing from white men in Hollywood that he was arrogant and an a**hole when they have no idea and cannot fathom what it might have taken to get work in the 1960s and ’70s Hollywood as a Chinese man with (God forbid) an accent, to try to express an opinion on a set as a perceived foreigner and person of colour. I’m tired of white men in Hollywood mistaking his confidence, passion, and skill for hubris and therefore finding it necessary to marginalize him and contributions.”

”I’m tired of white men in Hollywood finding it too challenging to believe that Bruce Lee might have really been good at what he did and maybe even knew how to do it better than them,” she adds.

Shannon went on, “And while we’re at it, I’m tired of being told that he wasn’t American (he was born in San Francisco), that he wasn’t really friends with James Coburn, that he wasn’t good to stuntmen, that he went around challenging people to fight on film sets, that my mom said in her book that my father believed he could beat up Muhammad Ali (not true), that all he wanted was to be famous, and so much more.”

“Mr Tarantino, you don’t have to like Bruce Lee. I really don’t care if you like him or not. You made your movie and now, clearly, you’re promoting a book,” Shannon said. “But in the interest of respecting other cultures and experiences you may not understand, I would encourage you to take a pass on commenting further about Bruce Lee and reconsider the impact of your words in a world that doesn’t need more conflict and fewer cultural heroes. Under the sky, under the heavens, we are one family, Mr Tarantino, and I think it’s time for both of us to walk on.”