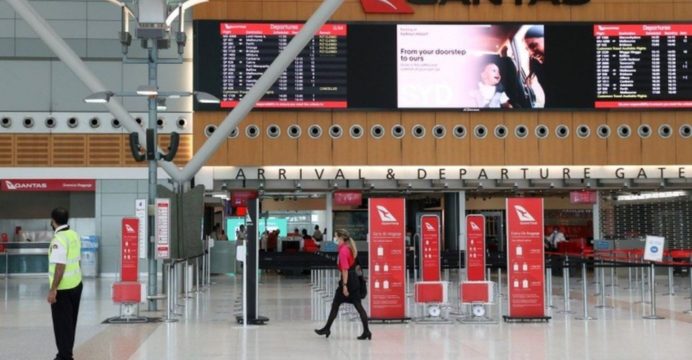 Sydney Airport said the proposal, which is below its pre-pandemic stock market valuation, was being reviewed, reports BBC.

Its shares jumped by more than 30% after the buyout approach was announced – a move seen as a sign of confidence in air travel recovering post-pandemic.

If the planned purchase is successful it would be the biggest such deal in the country this year.

A consortium made up of IFM Investors, pension fund QSuper and Global Infrastructure Management tabled the offer of A$8.25 a share, which is a more than 40% premium to Sydney Airport’s closing price on Friday.

But it is still well below the A$8.86 record high the firm’s shares hit in January 2020, before the pandemic triggered a collapse in demand for air travel.

The offer comes less than week after Australia announced it would halve its number of international arrivals, after a new spate of Covid outbreaks put half the population in lockdown this week.

The country’s strict border rules have only allowed Australians and people with exemptions to enter the country.

In May, Sydney Airport said its international traffic was some 93% lower than the same month in 2019. For the same period domestic traffic was down by 39.2%.

From 14 July, Australia will accept just over 3,000 people a week – a measure likely to last until next year.

Sydney Airport has long held a monopoly on traffic to and from Australia’s biggest city, but that is due to end in 2026 with the planned opening of Western Sydney Airport.

Sydney Airport Holdings is Australia’s only stock market-listed airport operator, as the country’s other big airports are owned by groups of infrastructure investors.

QSuper owns a stake in London’s Heathrow Airport and Global Infrastructure is invested in London’s Gatwick and London City Airports.