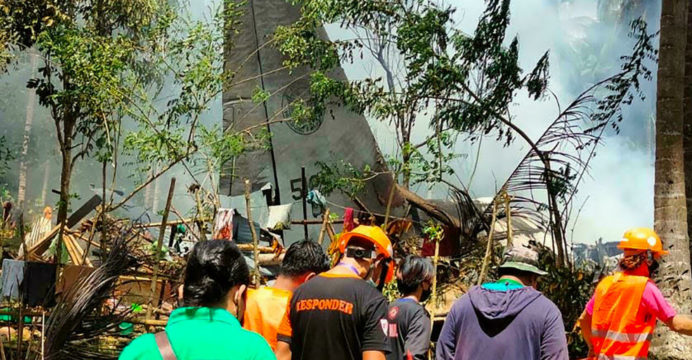 Philippine security forces searched among coconut trees on a remote southern island Monday for the flight data boxes of an aircraft that crashed and killed 50 people in one of the country’s worst military air disasters.

The Hercules C-130 transport plane was carrying 96 people, most of them recent army graduates, when it overshot the runway while trying to land in sunny weather on Jolo island in Sulu province — a haven for Islamic militants — on Sunday.

Fifty people, including 47 military personnel and three civilians, died when the plane “skidded” and burst into flames in a village, said Armed Forces of the Philippines spokesman Major General Edgard Arevalo.

Another 53 were injured, most of them soldiers. It is not clear if the pilots were among the survivors.

The three people killed on the ground had been working in a quarry, village leader Tanda Hailid told AFP.

Photos of the scene released by the Joint Task Force-Sulu showed the damaged tail and the smoking wreckage of the fuselage’s back section laying in a coconut grove. “We have people on the ground to make sure the integrity of the pieces of the evidence that we will retrieve, most particularly the flight data recorder,” Arevalo said. 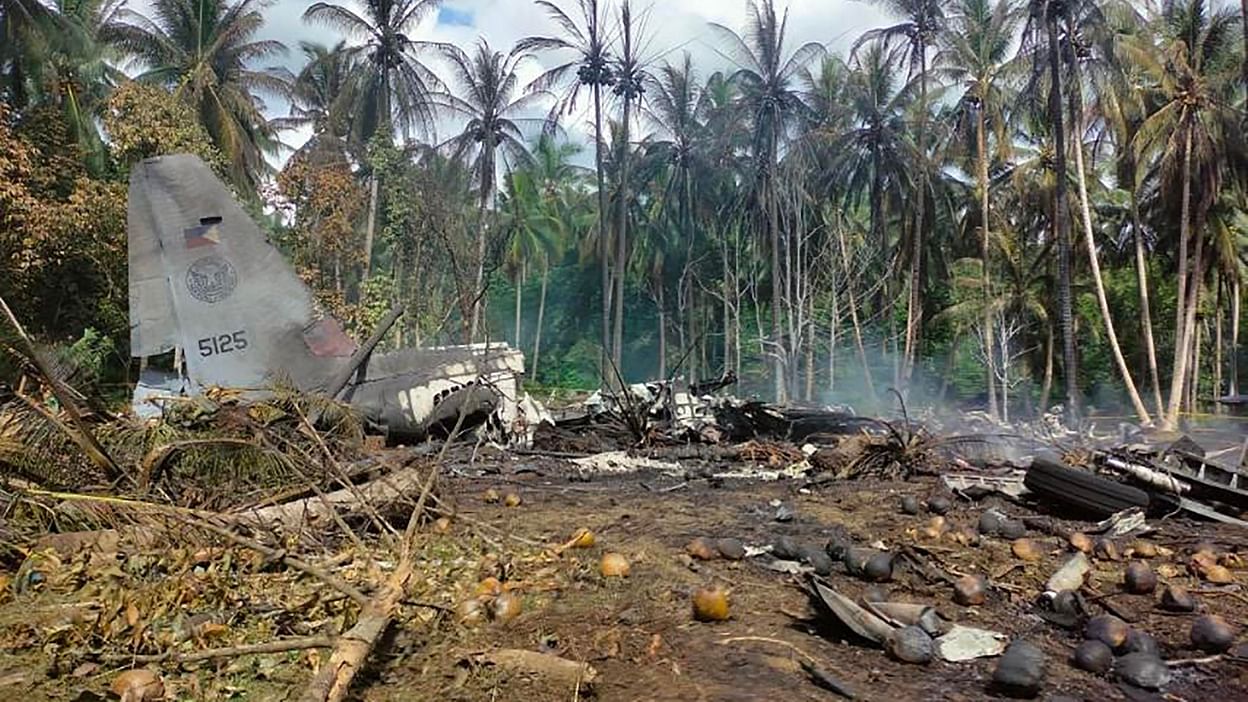 “Aside from eyewitness accounts, we are also looking for recordings, radio conversation recordings between the pilot and the control tower.”

Arevalo said the military had secured the crash site and would ensure that militants on the island did not disrupt search efforts.

Most of the passengers had recently graduated from basic military training and were being deployed to the restive island as part of a counter-insurgency effort in the Muslim-majority region.

The military has a heavy presence in the southern Philippines where militant groups, including the kidnap-for-ransom outfit Abu Sayyaf, operate.

“This is one of the worst tragic incidents that happened in our armed forces,” said Arevalo.