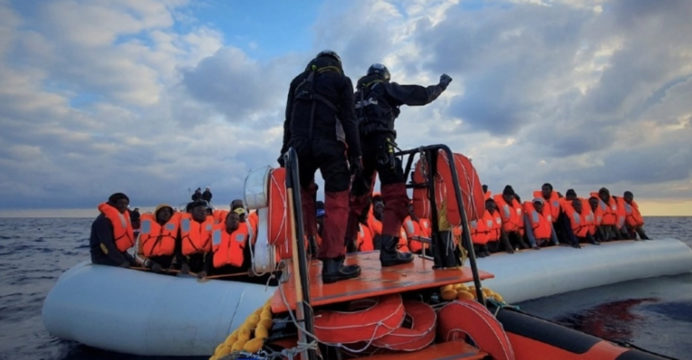 More than 100 migrants rescued in Channel in one day

Over 100 migrants, including 29 children, were rescued in a single day as they tried to cross the Channel to reach the British coast on six makeshift boats on Friday, maritime authorities in France said.

Migrants on one boat contacted French rescuers to report that they were in difficulty off the northern French coast.

The 55 castaways on board, including 14 women and 26 children, were rescued, the maritime prefecture said in a statement.

More migrants, including one pregnant woman, were then rescued from other boats.

All 111 migrants picked up were returned to the French ports of Dunkirk or Calais.

The number of Channel crossing attempts by migrants has surged over the past two years, despite the risks of heavy shipping traffic and strong currents.

Last month, French police tore down a new camp housing hundreds of people, mostly young men, outside Calais, which has long been a magnet due to its busy ferry port and the Eurotunnel.

Last year more than 9,500 people crossed or attempted to cross the Channel to Britain from France, a fourfold increase from 2019.

Six people died in the attempts and three others were declared missing.