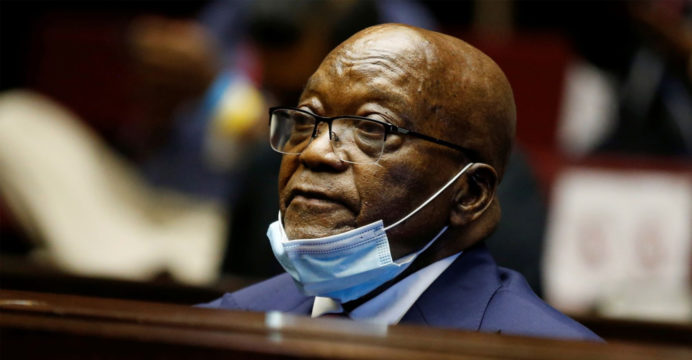 The foundation, which represents former South African President Jacob Zuma, on Wednesday, strongly condemned the verdict, saying it was unconstitutional to sentence Zuma to 15 months in prison for contempt of court this week. News from AFP.

A statement from the Jacob Zuma Foundation said: “The Judicial Foundation strongly condemns Judge Campbell’s decision, which he described as” judicially biased and malicious.”

It has described Tuesday’s ruling as unconstitutional, angry and emotional. This follows Zuma’s refusal to appear at the Commission of Inquiry into State Capture in February, accusing it of political bias.

“We are busy studying the judgment and discussing with our lawyers to get legal advice on the options available to our Patron, H.E President Zuma,” says the Foundation in a statement.

It says while it acknowledges that the Zondo Commission was established to perform a very important and invaluable task for our country, it however remains a statutory body, which only has the power given to it by the Legislature.

The Foundation says Zuma never believed that he is above the law but only wants to be treated
like every other citizen and his rights to equal protection of the laws must be respected and
protected.