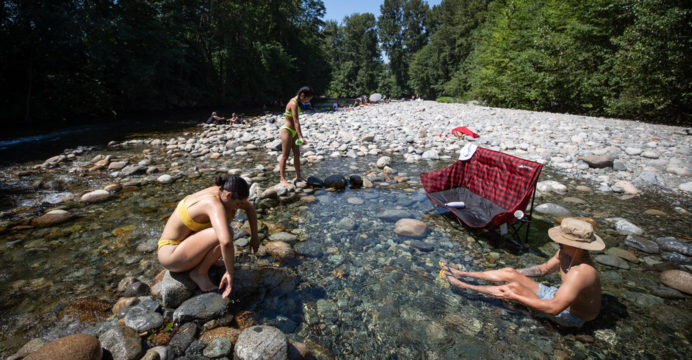 Extreme heatwave in Canada has shatters all records

The intense heat wave has disrupted public life in Canada. The recent temperature has broken all old records in the country. Police have confirmed that more than 130 people have died in the Vancouver area since last Friday. Most of the people who died in the blaze were elderly or suffering from some other illness.

Canada broke its temperature record for a third straight day on Tuesday – 49.6C (121.3F) in Lytton, British Columbia. Earlier this week, temperatures in Canada never rose above 45 degrees Celsius. Meanwhile, temperatures have also been recorded in the northwestern United States and several deaths have been reported.

Experts say climate change is anticipated to enhance the frequency of extreme weather events, such as heatwaves. However, linking any single event to global warming is complicated.

The Canadian Department of Environment and Climate Change has issued emergency temperature warnings for Saskatchewan and northwestern areas, including the provinces of British Columbia and Alberta, due to adverse weather.