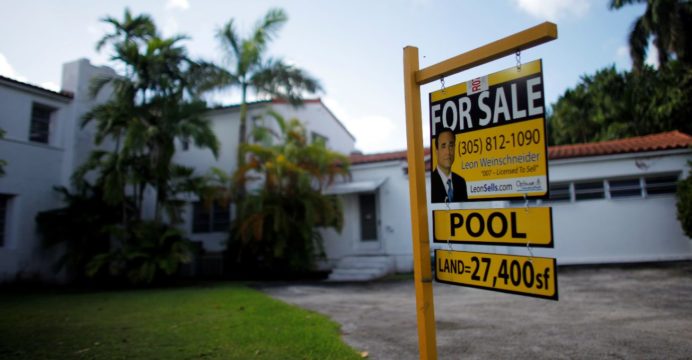 Contracts to purchase previously owned U.S. homes rose strongly in May to the highest level for that month since 2005.

Pending home contracts are seen as a forward-looking indicator of the health of the housing market because they become sales one to two months later.

Compared to one year ago, pending sales were up 13.1%.

New and existing home sales have fallen sharply this year because of a shortage of houses on the market. read more A separate report on Tuesday showed the S&P/Case Shiller composite index of 20 metropolitan areas accelerated 14.9% on a year-on-year basis in April, the largest gain in more than 15 years.