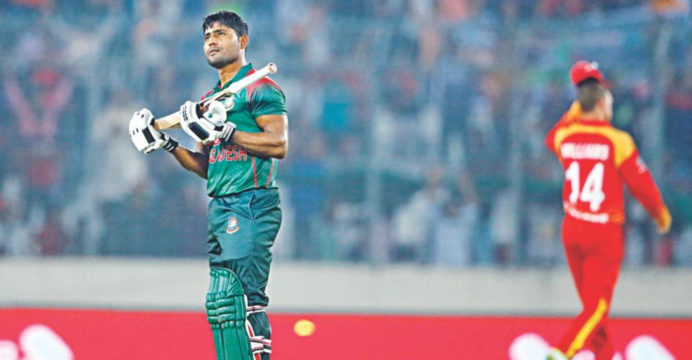 The Bangladesh team reached Zimbabwe in the early hours of the night to play one Test and three ODIs and T20s. Muminul Haque’s team will start training from July 1 if all the members of the team get negative certificates in the first Corona Test report.

After a journey of about 22 hours from Dhaka, the Bangladesh team reached Harare today. But the cricketers got into trouble at the airport in Harare. The luggage of more than one cricketer of the team has not reached Zimbabwe. After waiting at the airport for about two hours, the cricketers left for the hotel without luggage.

The two-team series will start with Tests from July 8. Then there will be 3 ODIs on 16, 17 and 20 July. Which is an opportunity for Bangladesh to go further in the ICC World Cup Super League. The T20 series starts on July 23 and ends on July 26. All the matches will be in Harare.