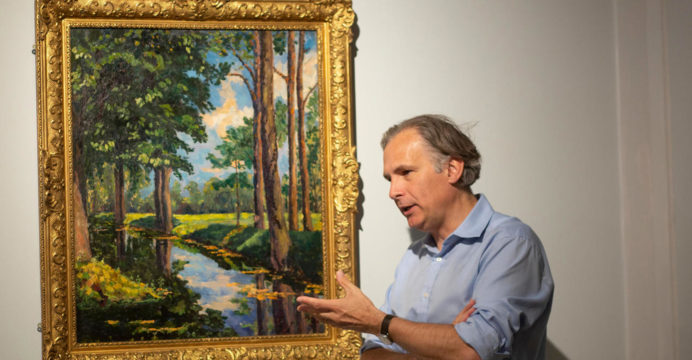 Churchill painting from Onassis superyacht to auction in New York

A piece of art weaving together one of the great statesmen of the 20th century, an icon of the jet-set and the world’s first “superyacht” will go under the hammer at the New York auction House Phillips on June 23.

“The Moat, Breccles,” a signed 1921 oil landscape by Winston Churchill, is estimated by Phillips at $1.5 million to $2 million, far from the $11.6 million netted by another painting from the wartime British prime minister sold by Angelina Jolie at Christie’s last March.

But even if it doesn’t shatter records, this landscape — which Churchill mentioned in a December 1921 essay titled “Painting as a Pastime” — could Appeal to both history and celebrity buffs.

Churchill kept the painting for 40 years before offering it in 1961, four years before his death, to his friend the Greek shipping magnate Aristotle Onassis, Phillips Deputy Chairman Jean-Paul Engelen told AFP.

The tycoon was so proud of his gift that he hung it in a place of honour — behind the bar of his yacht — alongside works by Vermeer, Gauguin, Le Greco and Pissarro. 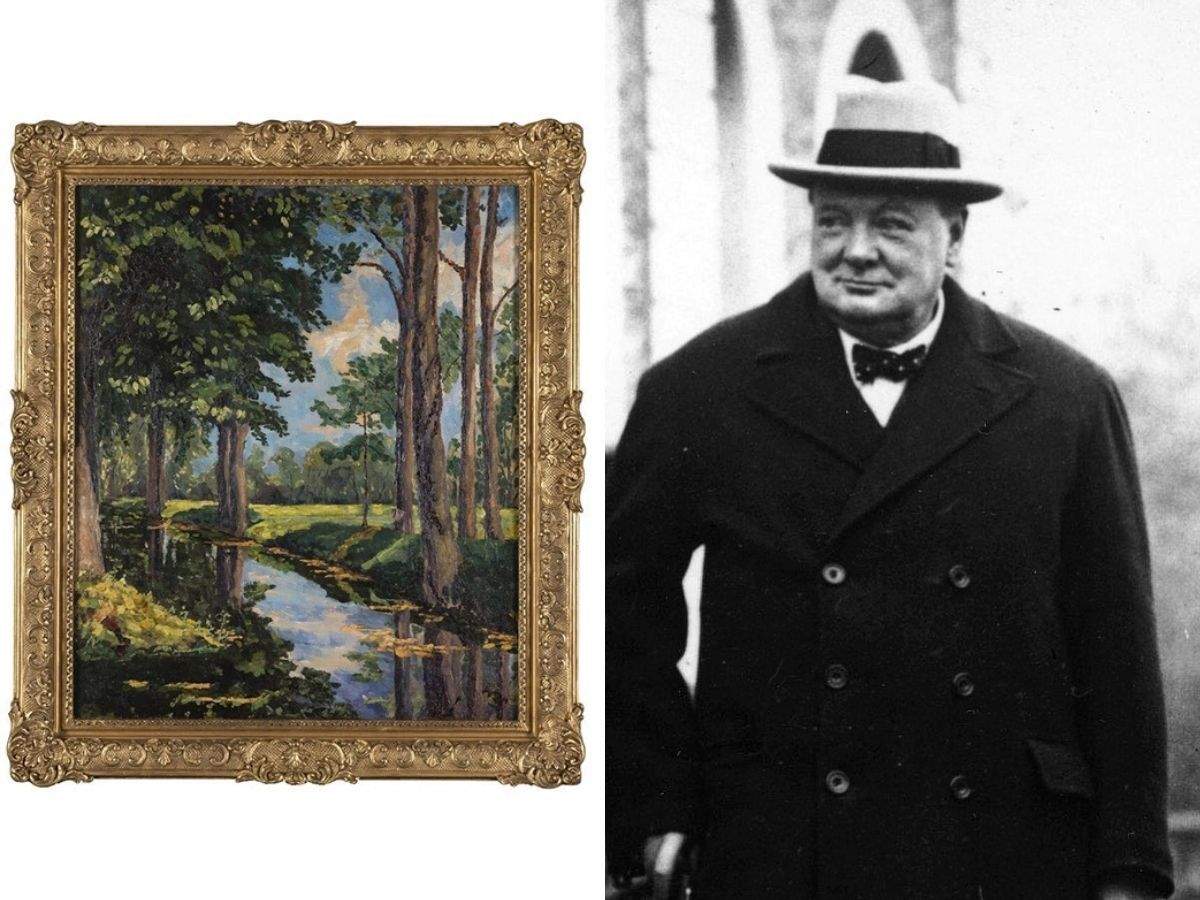 This superyacht, named “Christina” after Onassis’s daughter, was a former Canadian Navy frigate, nearly 100 meters long. It had been a part of the Normandy landings before Onassis bought the ship post-war for $34,000.

Onassis had it lavishly renovated to the tune of $4 million, making it “one of the most incredible structures that floated,” Engelen said.

It was a favoured gathering spot for the rich and famous, including Elizabeth Taylor, John F. and Jackie Kennedy, Richard Burton, Grace Kelly, J. Paul Getty, Eva Peron and others. When Onassis died in 1975, seven years after his marriage to Jackie

Kennedy, the yacht was sold and everything on board placed in storage, until his heirs recently decided to part with the painting.

To spur interest in the canvas, Phillips has recreated the bar on the “Christina” — known as Ari’s Bar — in its New York showroom, including facsimiles of its famous whale teeth, and filled the shelves with Pol Roger champagne, Churchill’s preferred bubbly.