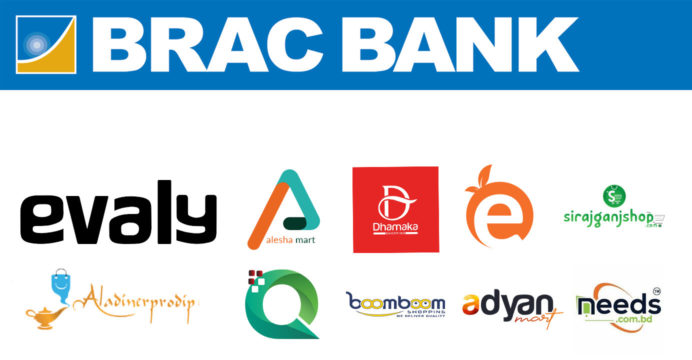 BRAC Bank has cancelled purchases through credit, debit and pre-paid cards from 10 e-commerce sites, including Evali and Alesha Mart.

BRAC Bank has reportedly cancelled the deal due to negative media reports against these online marketplaces and Brac Bank Ltd has notified its clients not to use their cards for buying goods from 10 e-commerce sites.

BRAC bank authority came up with the resolution as hundreds of consumers of these e-commerce platforms raised accusations about not getting products on time after spending in advance through cards.

Bank authority has sent a cautionary message through email and SMS to its customers to request and make them aware of being cheated.

The issue about this cancellation has been confirmed by Ikramul Kabir, Chief Officer, Public Relations, BRAC Bank.