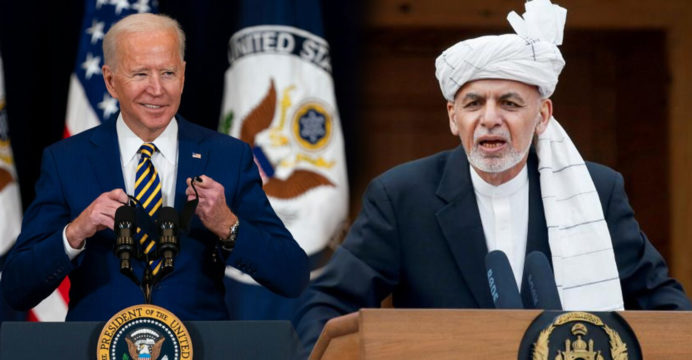 Biden is inviting the Afghan president to the White House

“As the withdrawal of troops continues, the visit will focus on the long-term partnership between the United States and Afghanistan,” Pisaki said in a statement.

He added that the United States is committed to cooperating on behalf of the Afghan people. Washington is working closely with Kabul to ensure that Afghanistan never becomes a safe haven for various terrorist groups that threaten the United States.

The visit comes as the security situation in Afghanistan continues to deteriorate. Taliban militants have continued to attack government forces since the withdrawal of U.S. troops on May 1.

The Taliban say they have seized suburbs in more than 40 districts in the past month.

In April, Biden announced that all U.S. troops would be withdrawn from Afghanistan before September 11, the 20th anniversary of the terrorist attacks in the United States. Since the attck, the U.S. military, which has been embroiled in the longest-running war, said earlier this month that it had already withdrawn more than half of its troops.