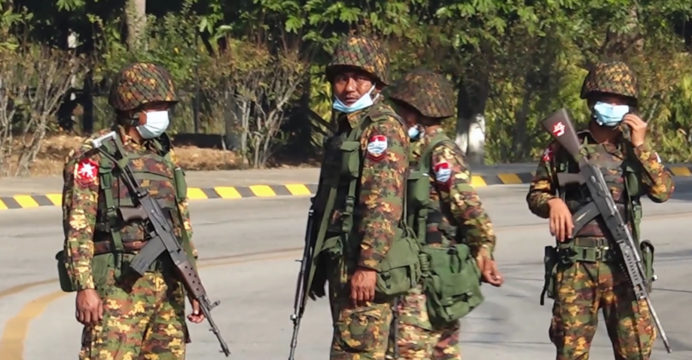 The UN General Assembly on Friday called on member states to suspend arms supplies to Myanmar. And it is part of a proposal that condemns the military junta government of the conflict-ridden country and has no obligation to accept it, news from AFP.

The resolution was approved with the support of 119 UN member states. Thirty-six countries, including Myanmar’s main ally China, abstained. Belarus, meanwhile, is the only country to have voted against the proposal.

Supporters had hoped the 193-member world body would approve the resolution unanimously by consensus, but Belarus called for a vote. The measure was approved with 119 countries voting “yes”, Belarus voting “no” and 36 countries abstaining.

The resolution was the result of lengthy negotiations by a so-called core group including the European Union and many western nations, and the 10-member Association of Southeast Asian Nations (Asean), which includes Myanmar. A UN diplomat said there was an agreement with Asean to seek consensus but, in the vote, its members were divided with some including Indonesia and Vietnam voting “yes” and others including Thailand and Laos, abstaining.

The vote comes on the eve of the UN Security Council’s informal talks on the situation in the Southeast Asian country. Myanmar’s military ousted Aung San Suu Kyi on February 1.