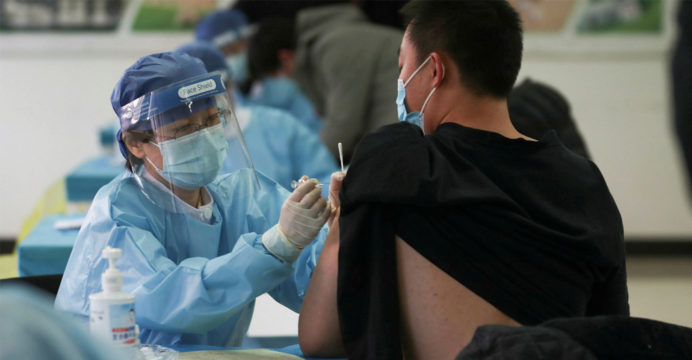 One billion people have been vaccinated in China

In China, more than one billion people have been vaccinated against Covid 19. The country’s health authorities say that number is more than a third of the total vaccinations worldwide.

A total of 1,010,489,000 doses have been given as of Saturday, China’s National Health Commission (NHC) said in a statement.

Combining data from official sources, AFP reported that the Chinese vaccine dose was released on Friday after surpassing the world’s 2.5 billion vaccine dose. Those doses are almost 40% of the 2.5 billion shots administered globally.

The NHC said 100 million doses were given in the five days up to and including Saturday, according to state media outlet Xinhua.

The 1 billion number is all the more remarkable given that China’s rollout had a stuttering start.